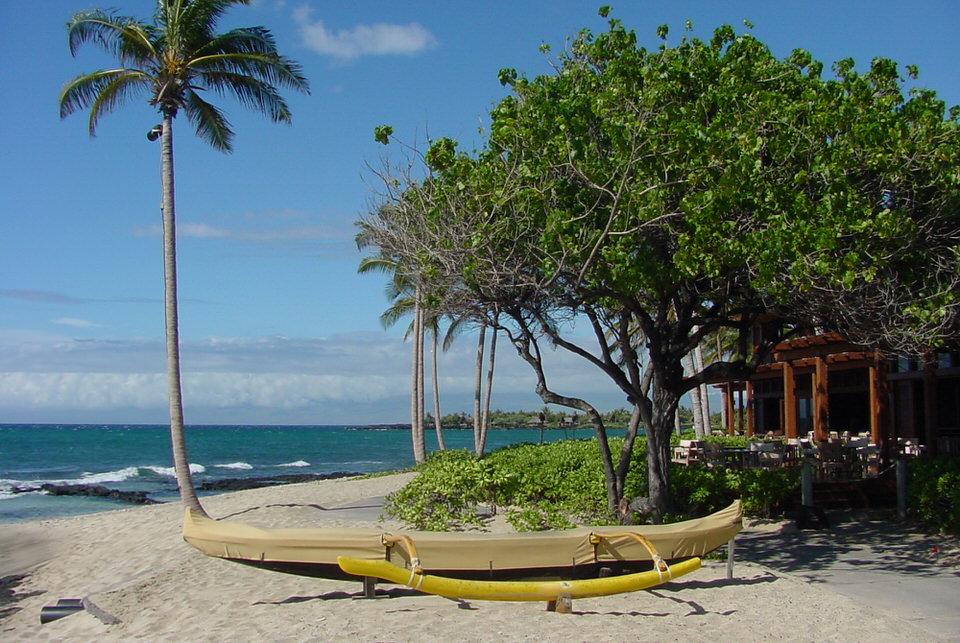 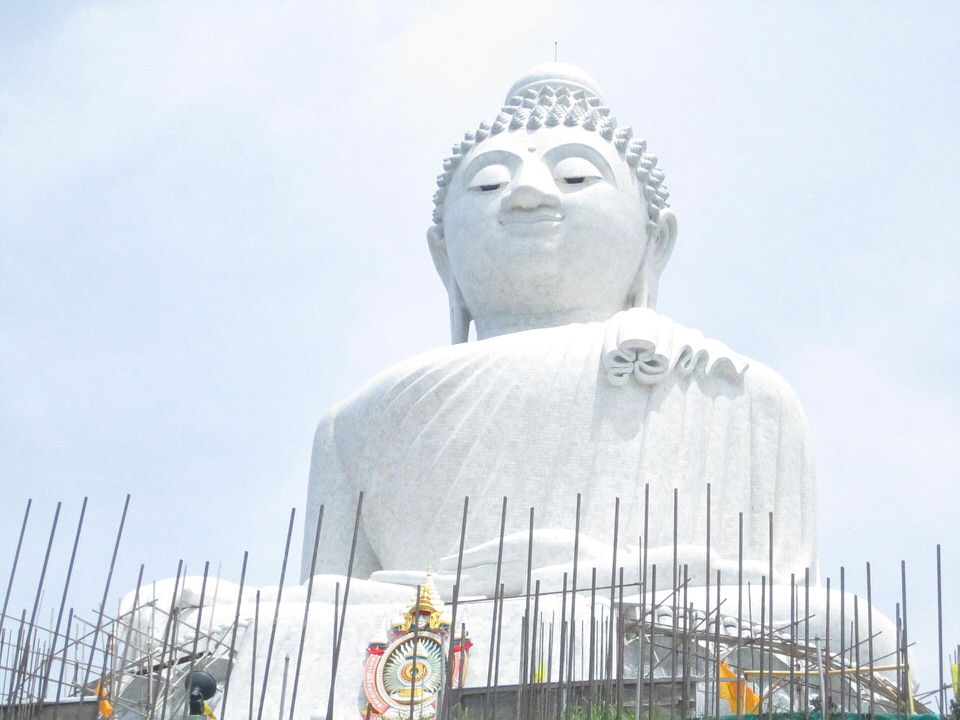 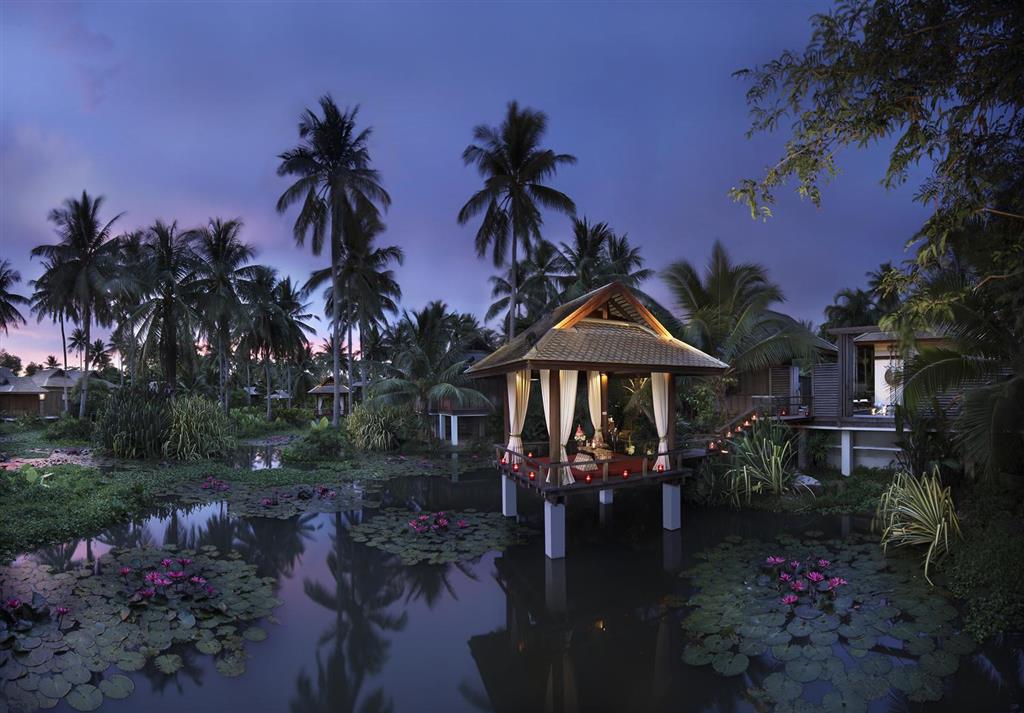 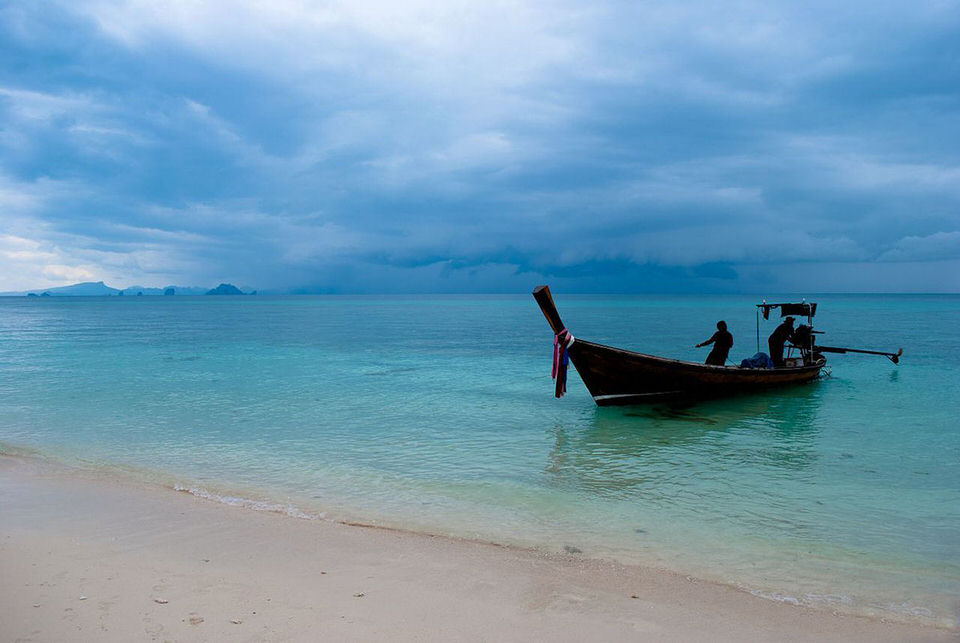 Phuket, a large island in the Indian Ocean, is 867 kms. from Bangkok. It is the only island having provincial status, and was a regional headquarters as well, with a rich and colorful history.

Known as the Pearl of the Andaman, it derived much of its former glory and its enormous wealth from tin production, which in Phuket dates back over 500 year. Today, Phuket is the major tourist attraction of Thailand. The surrounding waters contain much varied marine life, and the town is notable for its Sino-Portuguese architecture. It is a very attractive island for sightseeing, with lovely seashores and forested hillsides. Its population of 1.6 million people ranks sixth among all provinces. Approximately 1.75 million Rai of the area is forest land. The main occupation here is rice farming.

Khao Rang:  A great view of Phuket Town, the southern part of the island, and some of the offshore islands, can be obtained by going to the top of Khao Rang Hill, on the city’s northwest. There are also several restaurants featuring spectacular views of the city, a health park for exercise enthusiasts, and a comfortable, expanse of grass for picnickers at the top with a bronze statue of Phraya Ratsada Nupradit the model Governor of Phuket during King Rama V’s reign.

Patong Beach:  This is Phuket’s central tourist and night time entertainment district. Over the years, Patong has turned from a fishing village into one of the island’s two cities. The famous bay and 4 km. beach is know as a centre of entertainment with restaurants catering to every nationality. Live music can be found in most pubs and bars. Accommodations range from budget to five-star. Shopping opportunities appear to be endless. In addition, there are many tour companies waiting to help visitors plan their vacations. Some of the options available are listed below.

Kalim Beach:  This beach is really a continuation north of Patong’s strand, from which it is separated by some rocks. It is not yet developed and thus affords some privacy. At the back of the beach are accommodations. The waters contain extensive coral reefs.

Kamala Beach:  Kamala is a Muslim fishing village north of Patong. Tourist development on the beach much of which is covered by a Muslim graveyard and a police outpost has been slow in coming. Buffalo herds still come down to the beach to cool off in the afternoon. The beach is beautiful and about 2 kms. in length. There are accommodations ranging from guesthouse to international class, and a number of small Thai restaurants specializing in seafood for the tourist. Kamala is the perfect place to get away from it all and has little to offer in the way of entertainment for that go across the mountains to Patong. Regular bus service to and from Phuket Town during daytime; tuk-tuk service available to Patong, 5 kms. away on the new road.

Nakha Island this small, quiet island with fine sandy beaches lies just off Phuket’s northeast shore. Waters are suiable for swimming. One item of interest at Ko Nakha Noi not found in many other places is its pearl farm. Boats can be hired from Ao Po Pier, off Pa Khlok Rd., for travel to Ko Nakha Noi, and package trips are available at tour agencies, generally including lunch and a visit to the pearl farm.

Khao Phra Thaeo Wildlife Conservation Development and Extension Center 22.28 square kilometers of virgin forest are coverd by this park, which also actively conserves a number of wild animals; they would otherwise be extinct in fast-growing Phuket. It is a center for study of the environment. Forest vegetation is spectacular : Giant trees supported by huge buttresses are thick with creepers and climbers of every description.

One species of palm found, the Governor’s Palm or White Back Palm (palm lang khao in Thai) is especially rare. Langurs, barking deer, mouse deer, deer, bear, wild boar, monkeys, gibbons, and many species of birds inhabit the forest. Khao Phra Thaeo serves also as one of Phuket’s most important water sources.
There are two waterfalls of note:

Ton Sai:  A small falls over which pours a great volume of water during the rainy season. The trees, watercourses, and pools nearby provide one of Phuket’s loveliest scenes. The park headquarter and a small restaurant with an excellent view are also at Ton Sai. Located near Thalang Town, 22 kms. from Phuket Town.

Bang Pae:  Best known now as the site of the Gibbon Fund, a project to return domesticated gibbons to the forest, Bang Pae is a small waterfall with a shady forest and thick foliage surrounding. To get there go to the Two Heroines Monument and take the road running east, the Pakhlok Rd., 7 kms. to Bang Pae. Look for the posted signs.

Surin Beach:  Evergreen trees rim this small, curving bay beneath the foothills north of Kamala. Surin is home to Phuket’s first golf coures, a nine-hole course laid out more than sixty years ago during the reign of King Rama VII. It is now largely in disuse except as a park. The steep incline of the beach, turbulent water, and big waves make Surin a dangerous place to swim during the rainy season. Located at the end of Sri Sunthon Rd., the road running west from the Two Heroines Monument, 24 kms. from Phuket Town. Accommodations and restaurants are nearby.

Sing Cape:  The name means Lion’s Point in English. The beach is in a small, curving bay with rocky headlands at the foot of forest-fringed cliffs and is among Phuket’s most beautiful spots. Located about 1 km. south of the entrance to Surin Beach. Look for signs indicating the path down to the beach.

Bangthao Beach:  Bangthao is a large open bay with one of Phuket’s longest beaches. It was once used for tin mining, but has since been developed into a luxury resort. Most of it is occupied by the Laguna complex, a massive five-hotel development with golf course. There are, however, accommodations available outside Laguna at the bay’s south end. Dry season swimming is excellent, and at the bay’s north end is a smaller bay, almost completely enclosed, at the mouth of which is some fine coral. Plenty of places to eat, tour companies, and other tourist facilities available either at Laguna or in the nearby town of Choeng Thale.

The beach is located off Sri Sunthon Rd., in Choeng Thale. As for access to Laguna; the south end of the bay may be approached by taking the road north from Surin Beach. To get to the far north end from Sri Sunthon Rd., take the road leading to Laguna, but do not enter, continue on to the town of Bandon where there is an intersection of asphalted roads, and take the one leading west toward the sea. This road leads also to Nai Thon Bay and makes a very pleasant drive. Along the way are some small bays with good swimming and no development.

Sirinat National Park:  Located near Phuket International Airport, the national park covers an area of 90 square kilometers. The park stretches all the way to the island’s northern tip. There are a number of interesting places to visit :

Nai Yang Beach:  This is where the National Park office is located. The beach itself is on a long curving bay lined with evergreens that provide shade to picnicker. The large coral reef is home to many different species of fish, and Nai Yang is well known as a site where sea turtles come to lay their eggs during the period from November to February; the population of these has however, dropped off greatly. First class accommodations are available and small food vendors cater to the many day trippers. To get there take the Nai Yang Rd., and look for signs indicating the park entrance.

Nai Thon Beach:  This quiet bay nestled at the foot of high hills has a fine strip of the sand. There are some accommodationes but virtually no other business. Located between Bang Thao Bay and Nai Yang Beach, Nai Thon Beach can be reachd by taking Thep Krasatri Rd. Turn at the first traffic light north of Thalang Town to Nai Yang Rd. Look for signs indicating the turn-off to Nai Ton.

Mai Khao Beach:  Many kilometers of deserted beach characterize Mai Khao where there is little tourist business. The water is fine for swimming during the dry season; the rainy season brings big waves and strong currents that are dangerous. This lonely beach is another area where sea turtles come to lay eggs. It is also home to what the Thais call a sea cicada, which is a form of marine life. To get there go to the northern tip of Phuket; the beach lies along the road’s length

Sai Kaew Beach:  This strip of sand is just the north portoin of Mai Khao Beach and has much the same character. Located west of the bridges spanning the channel between Phuket and Phang?nga provinces.

Mangrove Forest Situated in Sirinat National Park near Ta Chatchai on Phuket’s northern tip, the mangroves–saltwater swamps with unique eco-systems much prized by scientists searching for clues about adaptation and evolution–cover about 800 rai. Anyone with an interest in horticulture will be interested in the many unusual perennial plants found here: mountain ebony (kong kang bai lek), red cycas (prong daeng), black myrsina (samae dam), the Lady’s Nails quisqualis (leb mue nang), and various creepers and climbers are among the more significant. There are also many mongrove-dwelling animals with unique evolutionary characteristics. A nature trail has been cleared for the convenience of visitors with signs indicating and explaining the various species.

Location and Boundaries:  Phuket is an island connected by bridges to southern Thailand’s Andaman Sea coast, in the Indian Ocean,

Overwhelmed by all the choices? Don’t worry, let us orchestrate your dream vacation. Our Virtuoso— Thailand travel specialist are experts in every intimate detail regarding your vacation request—just click on our “Vacation Planner” at the top or bottmom of this page and we will be happy to assist you at not extra charge. Or call us: 1 415 827 4981

Dear Sir: Dear Yuko, The trip was absolutely great, We returned just a few hours ago. In Japan, the services rendered by JTB as well as others is nothing short of A+. Hyatt hotel in.... Read More