A single voyage covers thousands of years of civilization’s greatest feats — from the Acropolis of Athens to the palaces of Istanbul. Explore the tiny streets and narrow alleys of Mykonos, and escape to Delos, the fabled island of Apollo, where you’ll walk in the ancient footsteps of the gods. Listen for echoes of history as you explore Ephesus, the world’s largest outdoor archaeological site, and treat yourself to superlative grilled seafood, accompanied by an ouzo salute to the sunset. From the coffee houses of Bodrum to the country lanes of Rhodes, discover the Greek Isles as they were meant to be traveled, by sailing yacht.

*Location of deck barbecue is dependent on weather and sea conditions, and is subject to change. 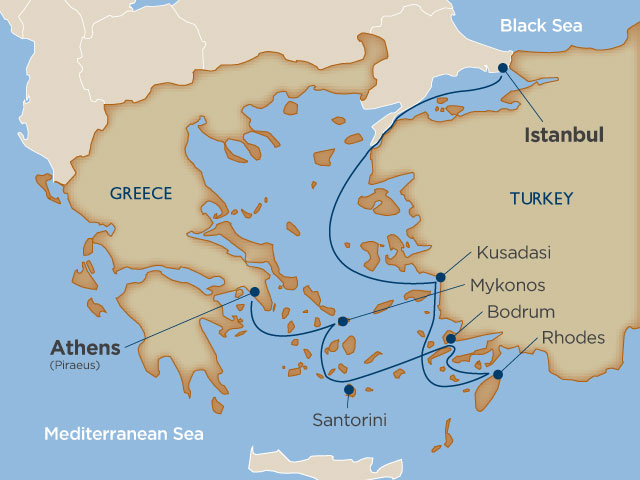