Thailand’s third largest island has been attracting international travelers for less than half a century. Before then, this island in the Gulf of Thailand was noted for its coconut plantations and rubber production. Today, Ko Samui’s premier charms are its powdery white beaches, its Buddhist temples or wats, and its crystalline waters. Despite the island’s increasing popularity, it retains a casual and unspoiled air that offers a bracing tonic to the experienced traveler.

The majority of the island’s population resides in Nathorn, Ko Samui’s capital. The island’s first settlers were a mix of Hainanese coconut farmers and Malay fishermen. 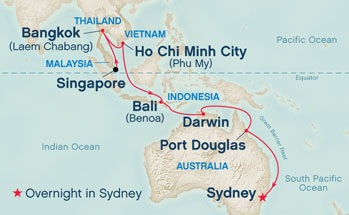