The Black Sea to Mount Athos. This voyage explores popular Black Sea ports and includes scenic cruising in the Bosphorus and along the gorgeous coast of Mount Athos. Sail the Bosphorus with night views upon departure, then again six days later with afternoon views of the Golden Horn and all the grand sites of Istanbul.

Along the Black Sea you’ll stop in Bulgaria, Romania and the Ukraine. Abundant choices for Land Discoveries® include an evening performance in the grand National Opera House of Ukraine, the ancient monuments and churches of Nessebar, Potemkin Steps in Odessa, Bran Castle in Romania, and historic Livadia Palace in Yalta. Other highlights include cruising along the monasteries of Mount Athos, Greece, and an overnight on Skiathos, which starred with its sister island Skopelos in the musical hit Mamma Mia. 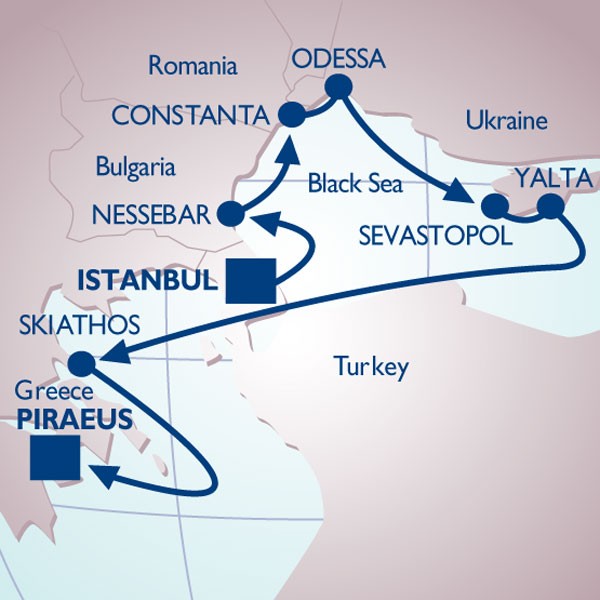