A Week in the Black Sea. This 7-night roundtrip voyage from Istanbul features stops in the Ukraine, Romania and Bulgaria. Ukraine showcases three different Land Discoveries® experiences in the resort town of Yalta, the naval stronghold of Sevastopol, and Odessa, where you’ll find the famous Opera and Ballet Theater and Potemkin Stairs.

From Odessa, you can also join an optional excursion to Kiev, one of eastern Europe’s oldest cities with famous landmarks including the National Opera House and Kiev Pechersk Lavra, an Orthodox Christian Monastery founded in the 11th century. Constanta is a beautiful city on its own, and you’ll also have the option of visiting Bucharest, Romania’s capital once nicknamed “Little Paris” for its architecture and the cultural elite who lived there. Be sure to allow time before or after your voyage for Istanbul. 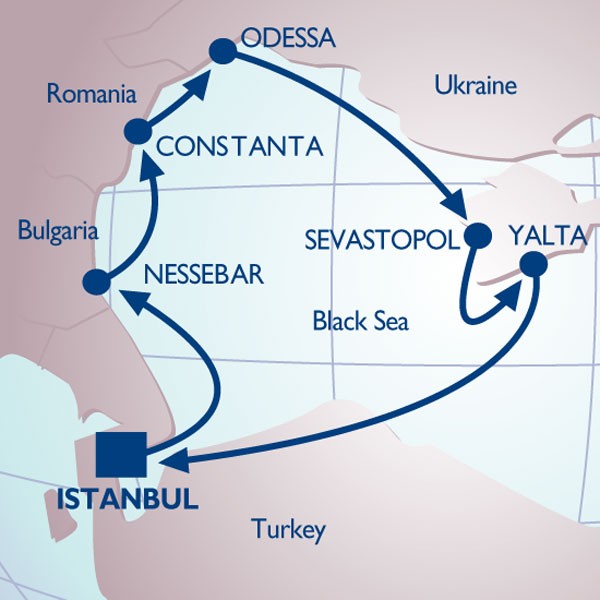