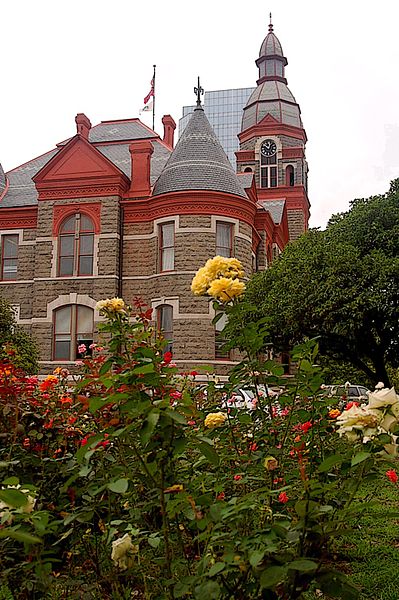 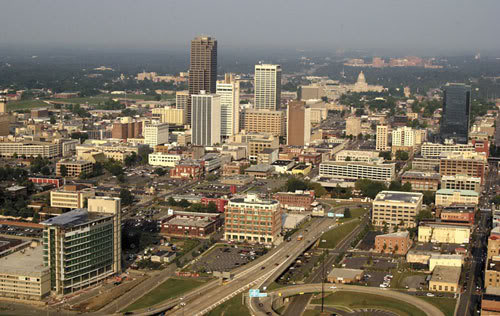 Arkansas’s capital city, Little Rock began on the Arkansas River and years later it’s still the place to be with the bustling River Market District featuring restaurants, shops, bars, museums and hotels. A great addition to the area is the Clinton Presidential Center & Park and the neighboring world headquarters for Heifer International. Both properties are “green” buildings and offer special tours. You can also visit the Little Rock Visitor’s Center at Curran Hall and learn more.

The arts flourish in Little Rock, Arkansas with the Arkansas Arts Center, housing one of the most-acclaimed collections of works on paper in the country. Fine and casual dining are abundant, as are performing arts opportunities. Numerous museums covering everything from science and Arkansas history to the role of the military in the state and Black history are also found here. A good way to get an overview of Little Rock, AR and its major attractions is onboard a Little Rock Tours state-of-the-art bus. The tours, which depart daily from the River Market District, feature knowledgeable guides and relevant Hollywood and news clips shown on screens throughout the bus.

Locks and dams along the Arkansas River allow access to some of the best fishing in the country. Pools formed by these are stocked by the Arkansas Game & Fish Commission with sport fish such as bass, crappie, catfish and bream, making the river a popular location for major fishing tournaments such as the Arkansas Ford Dealers Big Bass Classic. Thirty-seven public access points from the western border to central Arkansas provide easy river entrance for the recreation boater or fisherman and are managed by the U.S. Army Corps of Engineers

In addition to making the wide tree-lined river more enjoyable, the navigation system also created two lakes, which are recreation havens for outdoors enthusiasts. Ozark Lake covers 10,600 acres and extends 36 miles along the Arkansas River. The shoreline of the lake varies from steep bluffs and tree lined banks to open farm lands and level fields. Ten parks, three of which are day-use-only, offer a total of 157 campsites along the lakeshore. Lake Dardanelle, home to Lake Dardanelle State Park, is one of the most popular lakes in Arkansas for fishing tournaments because of large populations of catfish, white and largemouth bass, bream and crappie. Dardanelle stretches some 50 miles through the Arkansas River Valley and has over 34,000 acres of boating and fishing waters.

Nightlife: Little Rock/Central Arkansas: The heart of Little Rock’s nightlife scene has become the River Market Entertainment District, which is home to several bars that feature live music, restaurants and shops. The district is also located next to a massive amphitheater at Riverfront Park, where big-name entertainers often perform. Just across the river is Alltel Arena, where major sporting events and performances by top-notch entertainers regularly take place. Little Rock is also home to the Arkansas Symphony Orchestra, which often performs at Robinson Hall, several theaters, comedy clubs, jazz and blues bars, and energetic dance clubs.

Outdoor lovers won’t be disappointed either with numerous city parks offering running/walking trails, fishing, ball fields and picnic areas. Just to the west of town is Pinnacle Mountain State Park, a day-use park which offers a birds-eye view of the city from its summit.

Pinnacle Mountain is a day-use park dedicated to environmental education, recreation, and preservation. Located just west of Little Rock, this natural environment was set aside in 1977 as Arkansas’s first state park adjoining a major metropolitan area. Operating as a day-use only park, Pinnacle Mountain is dedicated to preservation, recreation, and environmental education. Park interpreters and volunteers help visitors and students understand man’s relationship to the environment in the 2,000-acre park that offers a rich diversity of natural habitat.

Special interpretive programs that are conducted by the park interpreters may be scheduled by contacting the park.

The park’s dominant natural feature, Pinnacle Mountain, rises more than a thousand feet above the Arkansas River Valley. The mountain’s cone-shaped peak has long been a central Arkansas landmark. Two of the park’s hiking trails lead hikers to the mountain’s summit. To see the panoramic view from atop Pinnacle Mountain, visit the virtual tour featured online in the hiking section of the website featuring Arkansas’s adventure state parks at: http://www.adventurestateparks.com/hiking/

The park’s diversity of habitat, from high upland peaks to bottomlands along the Big and Little Maumelle Rivers, provide many outdoor recreational and educational opportunities. Included in these are interpretive canoe and boat tours led by park interpreters.

Camping is not available at Pinnacle Mountain State Park. However, campsites are available at Maumelle Park, located just 3.8 miles east of Ark. 300 on Pinnacle Valley Road. This U.S. Army Corps of Engineers park on the Arkansas River contains 129 campsites with water and electrical hookups, and tables and grills; bathhouses with hot showers; two pavilions with restrooms; a playground; dump station; and boat ramp.

Park gates at Pinnacle Mountain State Park are closed one hour after sunset.

Built in 1836, the Old State House was the state’s original capitol until 1911 and served as the seat of both the Confederate and Unionists governments in Arkansas during the Civil War. It was also the site of the 1861 secession convention. Union General Frederick Steele quartered his army here during the occupation. A memorial to young Confederate spy David O. Dodd stands on the grounds. It is now a museum of Arkansas history featuring permanent and changing exhibits and restored legislative chambers.

Located in a 30-acre city park along the south bank of the Arkansas River in Little Rock. The center features an interactive museum, including an authentic replica of the Oval Office and the Cabinet Room, the Presidential Library and Archives, adaptive reuse of historic Choctaw Station, built in 1899, as home of the University of Arkansas Clinton School of Public Service. Contains the largest collection of presidential papers and artifacts in U.S. history; Cafe 42 which gets its name from Clinton’s place in line of U.S.

Good Morning Sharon- I would like you to know…or perhaps you already know and this is just a reminder…of how much you truly mean to both Susan and me. Everyone as they are growing up.... Read More