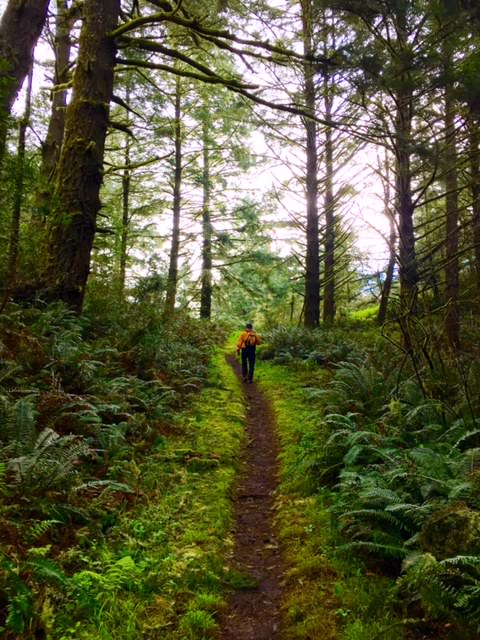 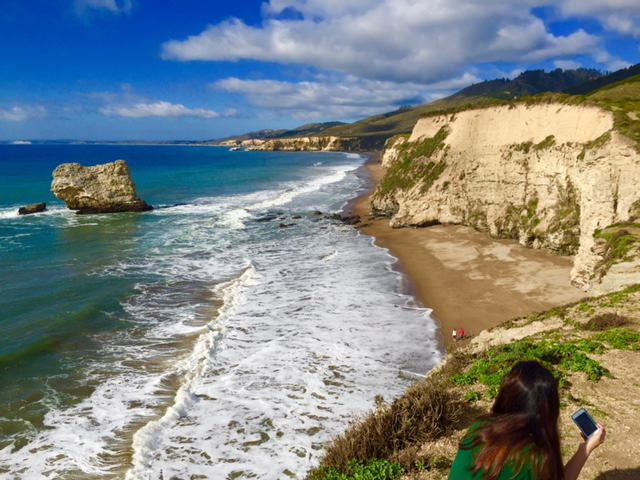 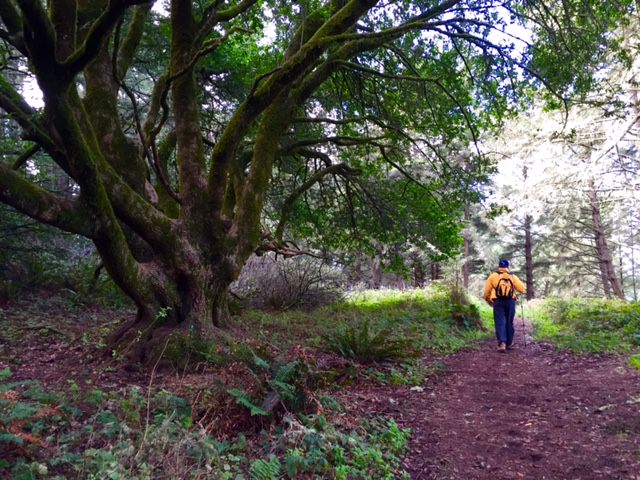 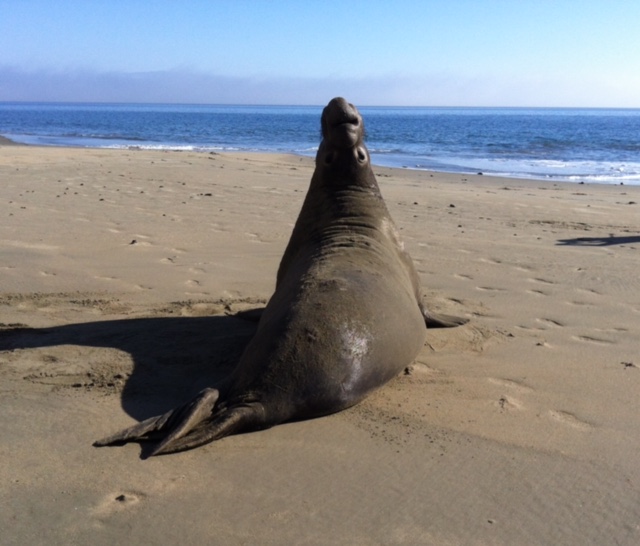 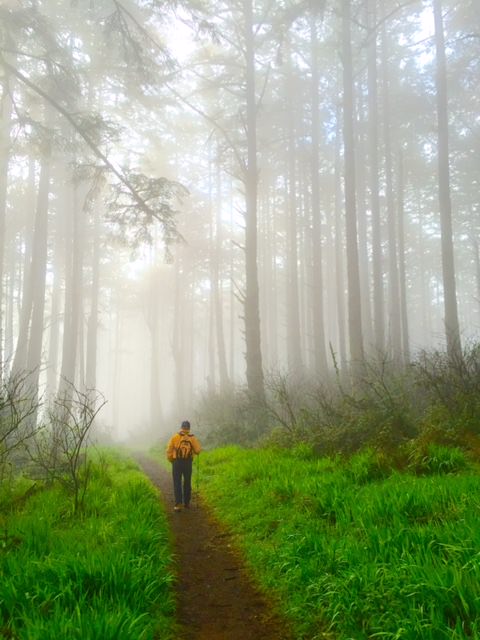 Point Reyes National Seashore contains unique elements of biological and historical interest in a spectacularly scenic panorama of thunderous ocean breakers, open grasslands, bushy hillsides and forested ridges. Native land mammals number about 37 species and marine mammals augment this total by another dozen species. The biological diversity stems from a favorable location in the middle of California and the natural occurrence of many distinct habitats. Nearly 20% of the State’s flowering plant species are represented on the peninsula and over 45% of the bird species in North America have been sighted. The Point Reyes National Seashore was established by President John F. Kennedy on September 13, 1962.

Guided activities are also offered in the Seashore. Explore geology, Coast Miwok culture, lighthouse history, and other topics with a Park Ranger. Programs are offered on weekends and are free to the public.

Located just an hour’s drive from a densely populated metropolitan area, the Seashore is a sanctuary for myriad plant and animal species and for the human spirit – for discovery, inspiration, solitude, and recreation – and exists as a reminder of the human connection to the land.

Whether you are a frequent visitor to the Seashore or planning your first visit to the park, we hope the information provided here will answer questions you may have.

There is something for everyone at Point Reyes National Seashore. The park is visited by over 2 million people each year. Some come to backpack, others come to see the annual gray whale migration, and still others come for an educational walk on a ranger led program. There is really no way to list all the things you can do here at the park, but we’ve included some of the most popular activities among our visitors.

What is there to see? A Lot!
Point Reyes is home to a wide and unique variety of interesting things to see and do. Interested in history? Good, we have several historical structures and exhibits that await your discovery. You’re a lover of nature? No problem, Point Reyes is an ecological treasure chest with over 400 species of birds that visit the park throughout the year. Whether your fancy tends towards a stroll along the beach or watching for wildlife in the forest and along the shoreline, Point Reyes is sure to leave you with great memories. We hope the listings provided here will help you decide which resources you would like to visit most during your stay in the park.

Tule Elk
The tule elk is a subspecies of North American elk that occurs only in California. They are smaller and lighter in color than other subspecies of elk. For thousands of years, vast numbers of tule elk thrived in the grasslands of central and coastal California. In the mid-1800s, following the gold rush, uncontrolled market hunting and rapid agricultural development nearly drove them to extinction. They were gone from the Point Reyes area by the 1860s. In 1874, the last surviving tule elk (possibly as few as two individuals) were discovered and protected in the southern San Joaquin Valley. Beginning in the early 1900s, conservation efforts, including reintroduction programs, have increased the statewide population to more than 3,000.

Tule elk were reintroduced to Point Reyes National Seashore in 1978. Since then, the elk have grown from 10 animals to nearly 500, one of the largest populations in California. There are two separate herds of tule elk at Point Reyes. The larger is at Tomales Point, a 2,600-acre fenced reserve at the north end of the Seashore. The other is a herd of roughly 30 animals that was recently transplanted from Tomales Point and now roams free in the Limantour wilderness area of the Seashore. The reintroduction of this free-ranging herd is an important step in the ecological restoration in the park.

While exploring the Pacific coast in the 1800s, a British whale and seal hunter named Charles Scammon saw northern elephant seals from Baja, Mexico, to Point Reyes, California. Elephant seals currently range from Mexico to Alaska and spend 80 percent of their life in the open sea. Sharing the fate of many of the oceans? great whales, they were hunted to the brink of extinction for their oil-rich blubber. One bull elephant seal would yield nearly 25 gallons of oil. Though we don?t know exactly how many northern elephant seals were alive before the 20th Century, it has been estimated that fewer than 1,000 northern elephant seals existed by 1910. In 1922, the Mexican government banned hunting, followed shortly thereafter by the United States government. Since then, the population of northern elephant seals has recovered at an average rate of six percent per year. Today, thanks to government protection and the seals? distant lives at sea, the worldwide population has grown to an estimated 150,000 seals.

After being absent for more than 150 years, elephant seals returned to the sandy Point Reyes Headlands in the early 1970s. In 1981, the first breeding pair was discovered near Chimney Rock. Since then, researchers have found that the colony is growing at a dramatic annual average rate of 16 percent. When severe storms occurred in 1992, 1994, and 1998, many pups were killed. During the El NiÃƒÂ±o winter of 1998, storms and high tides washed away approximately 85% of the 350 young pups before they had learned to swim. Nevertheless, the Point Reyes elephant seal population is between 1,500 and 2,000. Fanning out from their initial secluded spot, the seals have expanded to popular beaches, causing concern for both their safety and that of their human visitors.

The Secret Lives of Elephant Seals
Northern elephant seals are mysterious and unique creatures. Not only do they spend most of their life in the ocean, 90 percent of that time is spent underwater: eating, sleeping, digesting, and traveling. They are built to survive continuous dives to depths that would squeeze the life out of any other mammal. The average dive reaches 1,000 to 2,000 feet, lasts close to half an hour and is followed by only 3-5 minutes at the surface to breathe. Imagine being able to live in such extremes!