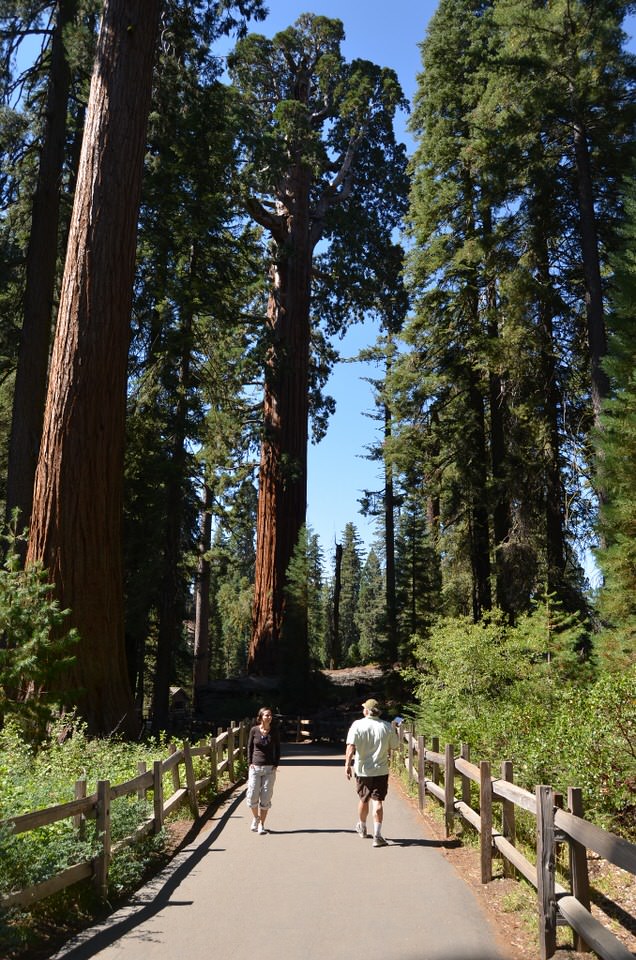 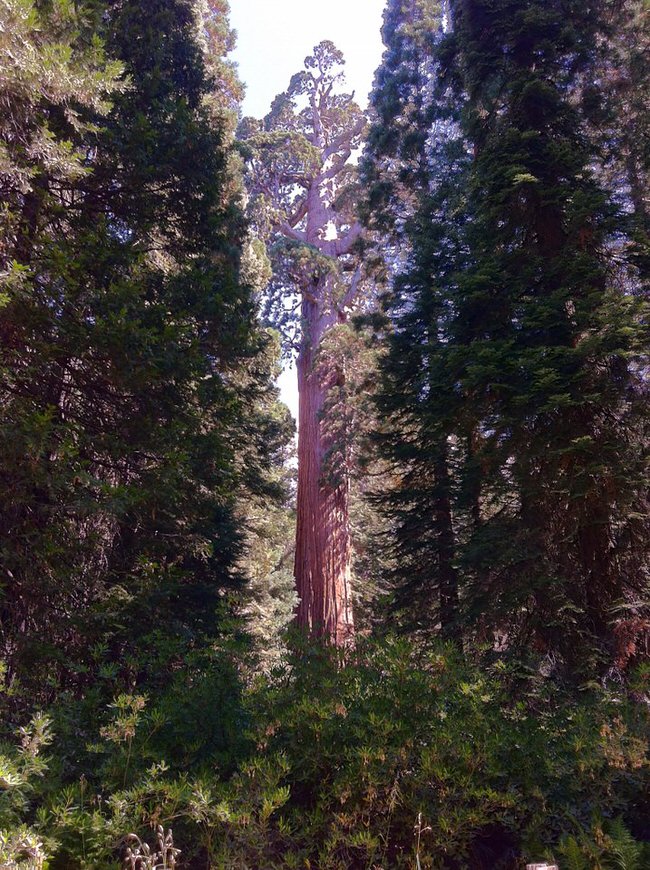 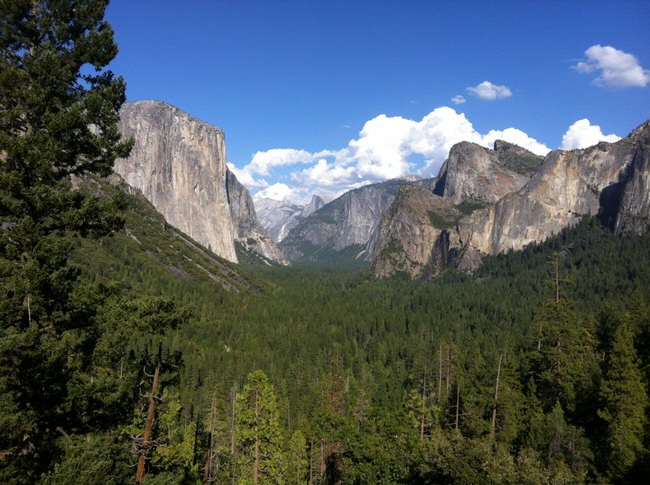 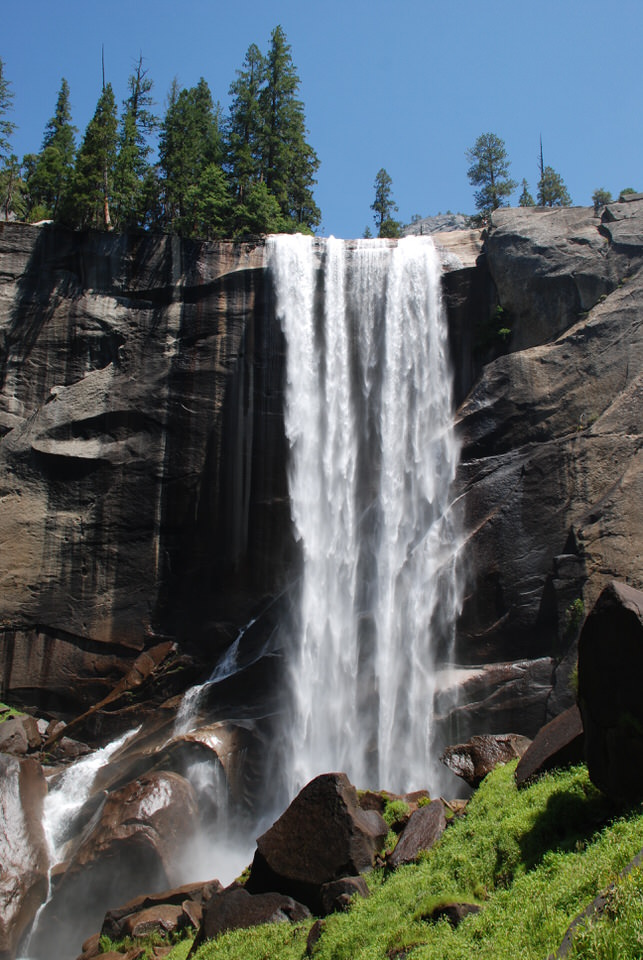 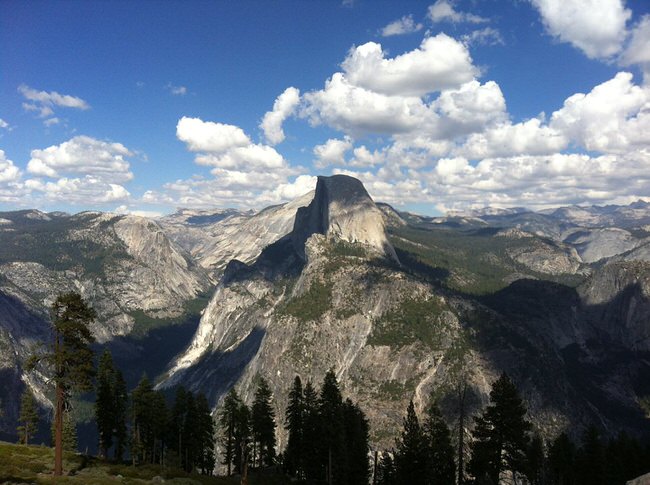 Yosemite National Park embraces a spectacular tract of mountain-and-valley scenery in the Sierra Nevada, which was set aside as a national park in 1890. The park harbors a grand collection of waterfalls, meadows, and forests that include groves of giant sequoias, the world’s largest living things.

Highlights of the park include Yosemite Valley, and its high cliffs and waterfalls; Wawona’s history center and historic hotel; the Mariposa Grove, which contains hundreds of ancient giant sequoias; Glacier Point’s (summer-fall) spectacular view of Yosemite Valley and the high country; Tuolumne Meadows (summer-fall), a large subalpine meadow surrounded by mountain peaks; and Hetch Hetchy, a reservoir in a valley considered a twin of Yosemite Valley. Operating Hours, Seasons. The park is open all year.

Natural History: The varied topography of Yosemite’s wilderness hosts about 1,460 species of plants in over 40 recognized plant communities. These, in turn, are home to numerous invertebrate and vertebrate species, including 78 species of mammals, 247 of birds, 17 of amphibians, 22 of reptiles, 11 of fish, and numerous invertebrates. Wilderness users must understand they are visitors to the homes of these residents and behave in ways that do not upset or destroy their balance of life. Consequences of improper human behavior to the inhabitants or their habitat can be extremely destructive if not deadly. Campfires above 9600′, for instance, eliminates necessary habitat and nesting sites. Feeding wildlife, either intentionally or not, encourages unnatural and potentially dangerous behavior and disrupts normal ecological processes.

Yosemite Wilderness Overview: The classic beauty and fascinating ecosystems of the Sierra Nevada mountain range are well represented in the wilderness of Yosemite National Park. Almost 95% of the Park is designated Wilderness. A place retaining its primeval character and influence, this wilderness area provides opportunities for solitude and unconfined types of experience. The lands within the wilderness range in elevation and life zones from 2,900′ to 13,114′ at the summit of Mt. Lyell. With over 800 miles of trail, visitors will find a spectrum of opportunities, of natural systems, and of levels of use. Use the following information, or that available at the permit issuance stations, to help you plan your Yosemite Wilderness Experience.

Yosemite Valley: Beautiful and majestic, Yosemite Valley boasts some of the most popular trailheads in the park. These strenuous trails lead the hiker up the seemingly sheer granite walls which form the Valley. To reach the top of such spectacles as Half Dome, Yosemite Falls, Glacier Point, and El Capitan, the hiker will encounter steep terrain, switchbacks, and rapidly changing weather conditions. Spectacular views from the rim of the valley reward the hiker and quickly erase memories of any hardships suffered enroute.

In winter and early spring, nearly all of the trails in Yosemite Valley remain open though some have winter routes designated. In addition to serving the hardy day-hiker, these trailheads provide access for seasoned winter enthusiasts into Yosemite’s snow-covered Wilderness.

Tuolumne and Tioga Road:
Tuolumne Meadows is located at over 8600 feet in elevation. From Tuolumne, numerous trails lead hikers to lakes, meadows and beautiful river canyons. More strenuous overnight backpacking trips allow the adventurer access to the northern-most reaches of the Park, the area between Tuolumne Meadows and Yosemite Valley, or along extended wilderness routes such as the John Muir Trail or the Pacific Crest Trail.

Because of its elevation, temperatures in Tuolumne average 15 to 20 degrees cooler than Yosemite Valley. Snow is not uncommon as late as June or as early as September. Peaks, such as Mt. Dana and Mt. Lyell retain snow throughout the summer and provide breathtaking views from their bases and summits. Once the Tioga Road closes for the season (generally in early November), this area is accessible to well-experienced winter enthusiasts via snow shoes or skis only.

Tioga Road (State Route 120 East) : This scenic 45 mile drive covers almost 4000 feet of elevation change. It begins at Crane Flat, travels through Tuolumne Meadows, and then over Tioga Pass. The road is open to vehicles from late May or June (weather permitting) until the first major snow storm after November 1. During this 1 1/2 hour drive, visitors pass through meadows and forests, lakes and granite domes.

Day hikes from the Tioga Road are abundant. For backpackers, there are also numerous trailheads. Some trails provide one way trips into Yosemite Valley. Others, less traveled but no less scenic, head into the northern part of the park. These trails travel through forested areas, deep canyons, past lakes, and finally above tree-line. In winter and early spring, the snow covered Tioga Road serves as an ungroomed cross-country ski route for the adventurous and seasoned winter camper.

Hetch Hetchy:The Hetch Hetchy Reservoir, located in the northwest part of the park, serves as the portal to many beautiful, less-traveled areas in Yosemite. The Hetch Hetchy Road normally stays open year-round and the reservoir itself lies at a relatively low 3900 feet making this a good area for spring and fall wilderness travel.

High temperatures prevail along the trail during the summer months, but this is a small price to pay for the breathtaking areas that can be reached from here. Several lakes and popular valleys are all within 15 miles of the reservoir. Hikers may elect to begin longer trips here as well, either toward Tuolumne Meadows or the northern-most reaches of the park.

Wawona and Glacier Point: Historic Wawona at 4000 feet elevation is located just inside the park’s southern boundary on Highway 41. Because of its low elevation, trails from Wawona can be accessible during the spring and fall as well as the summer. The lush open meadows, forests and lakes which abound in Yosemite?s less-frequented southern wilderness can be reached from trailheads in Wawona. The abundance of water in the spring makes this an attractive area for wilderness users.

Once under snow in winter, the Mariposa Grove of Giant Sequoias is designated as wilderness. Nordic skiers and snow-shoers can obtain a wilderness permit to ski through and camp in the upper reaches of the Grove.

At an elevation of 7200 feet, Glacier Point offers a spectacular view of Half Dome, Vernal and Nevada Falls, Yosemite Valley and the Clark Range. It serves as the trailhead for many popular day hikes and provides access to the less traveled wilderness areas in the southern portion of Yosemite.

The Tioga, Glacier Point, and Mariposa Grove roads are closed from October/November through May/June due to snow (the Mariposa Grove Road may be closed for a shorter period). All other parks roads generally remain open all year, though chains are frequently required.

Some of the hotels and campgrounds in Yosemite Valley and Wawona, and the Valley Visitor Center are open all year.

CAR – There are four entrances to the park:

-Tioga Pass entrance on Highway 120 east from Lee Vining and Highway 395. The Tioga Pass entrance is closed from the first major snowstorm in November until late May to June due to snow. All other park entrances are kept open all year, but may require tire chains because of snow anytime between November and April.

**Visitors may drive into and around Yosemite Valley. Reservations are not required (nor do they exist) to enter the park.**

PUBLIC TRANSPORTATION – Visitors can ride YARTS buses from gateway communities outside the park into Yosemite Valley. YARTS and VIA buses connect with Amtrak and Greyhound in Merced.

Weather & Climate
Weather can change rapidly during all seasons of the year. Elevation plays a major role in temperature and precipitation.

Yosemite receives most of its precipitation in the months of January, February and March. Summers are typically warm and dry. Spring and fall are transitional months, when warm, sunny days can suddenly become stormy. Clouds can build up during the summer to produce spectacular thunderstorm activity.

For Yosemite Valley and Wawona (subtract 10-20 degrees for Tuolumne Meadows), AVERAGE weather is as follows:

Summer: Typically dry, with occasional thunderstorms; highs in the low 90s, lows in the 50s.

Fall & Spring: Highly variable, with typical high temperatures ranging from the 50s to 70s, with lows in the 30s. Rain is less likely early in fall/late in spring and rain or snow is likely late in fall/early in spring.

Winter: Snowy, rainy, or (sometimes) even sunny days are possible, with highs ranging from the 30s to 50s and lows in the upper 20s.

It is wise to pack for any season with clothing that can be “layered,” ready to peel off or add on as conditions dictate. Always include some kind of rain gear.

Accessibility
The park’s major sites can be viewed by automobile. Some trails and facilities are wheelchair accessible. Ask at any visitor center or entrance station for more information.

Getting Around
Free shuttle buses are recommended in Yosemite Valley (year round), Wawona/Mariposa Grove (spring-fall), and Tuolumne Meadows (summer).

Our trip was great. The Hotels you selected in Key Largo and Key West were both excellent… We do plan on going back to Key West this year. I will contact you when we know.... Read More