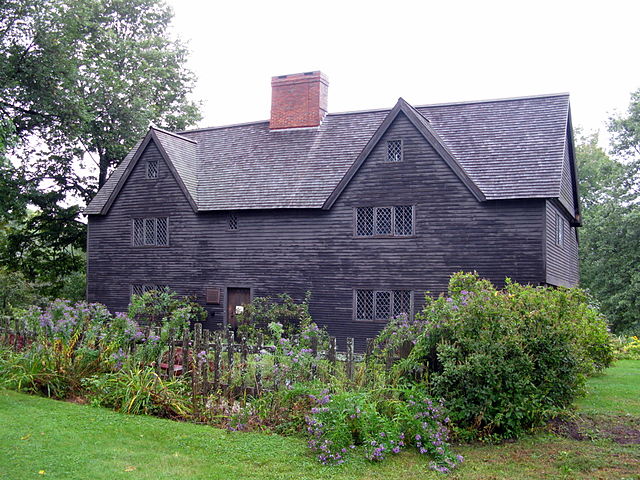 Ipswich is a coastal town in Massachusetts, United States. Home to Willowdale State Forest and Sandy Point State Reservation, Ipswich includes the southern part of Plum Island and Plum Island State Park. A residential community with a vibrant tourism industry, the town is famous for its clams, celebrated annually at the Ipswich Chowderfest and also for Crane Beach, a beautiful barrier beach near the Crane estate.

Save lots of time and costly mistakes, use our vacation planner and get help from our Virtuoso Travel advisor that is a Massachusetts expert. We do it all for you, air, car, hotels, and everything else you desire.

Ipswich History
Native Americans called the area Agawam, meaning “lowland, marsh or meadow (with water).” Here they hunted and caught fish, especially shellfish, leaving behind mounds of shells. Captain John Smith wrote about the region in 1614, referring to it as “an excellent habitation, being a good and safe harbour.” A plague of about 1617, perhaps smallpox brought from abroad, devastated the once populous Indian tribe. In 1633, John Winthrop, governor of the Massachusetts Bay Colony, sent his son, also named John, and 12 men aboard a shallop to settle the town. It was incorporated in 1634 as Ipswich, after Ipswich in the county of Suffolk, England, the source of prominent early settlers. Nathaniel Ward, an assistant pastor in town from 1634 to 1636, wrote the first code of laws for Massachusetts and later published the religious/political work, The Simple Cobbler of Aggawam in America in England.

Pioneers would become farmers, fishermen, shipbuilders or traders. The tidal Ipswich River provided water power for mills, and salt marshes supplied hay for livestock. A cottage industry in lace-making developed. But in 1687, Ipswich residents, led by the Reverend John Wise, protested a tax imposed by the governor, Sir Edmund Andros. As Englishmen, they argued, taxation without representation was unacceptable. Citizens were jailed, but then Andros was recalled to England in 1689, and the new British sovereigns, William and Mary, issued colonists another charter. The rebellion is the reason the town calls itself the “Birthplace of American Independence.”

Great clipper ships of the 19th century, however, bypassed Ipswich in favor of deep-water seaports at Salem and Newburyport. The town remained primarily a fishing and farming community, its residents living in older homes they could not afford to replace — leaving Ipswich with a considerable inventory of early architecture. In 1822, a stocking manufacturing machine which had been smuggled out of England arrived at Ipswich, violating a British ban on exporting technology, and the community would develop as a mill town. In 1828 the Ipswich Female Seminary was founded. In 1868, Amos A. Lawrence established the Ipswich Hosiery Mills beside the river. It would expand into the largest stocking mill in the country by the turn of the century.

In 1910, Richard T. Crane, Jr. of Chicago, the magnate owner of Crane Plumbing, bought Castle Hill, a drumlin on Ipswich Bay. He hired Olmsted Brothers, successors to Frederick Law Olmsted, to landscape his 3,500-acre (14 km2) estate, and engaged the Boston architectural firm of Shepley, Rutan & Coolidge to design an Italian Renaissance Revival style villa on the summit. A grande hall, 160 feet wide and lined with statuary, would run the half mile from house to sea. But his wife, Florence, loathed the building. Crane promised that if she still didn’t like it in 10 years, he would replace it. True enough, in 1928 a new 59-room mansion designed by Chicago architect David Adler in the English Stuart style stood in its place, called the Great House. At Mrs. Crane’s death in 1949, the entire property was bequeathed to The Trustees of Reservations, which uses it as a venue for concerts and weddings.[1]

The house was designated a National Historic Landmark in 1998. It was a filming location for the 1987 movie The Witches of Eastwick, based on the novel written by John Updike. For many years a resident of Ipswich, Updike used the community as a model for his fictional town of Tarbox. Other movies with scenes filmed in Ipswich include The Thomas Crown Affair (1968), Flowers in the Attic (1987), Glory (1989), Mermaids (1990), The Crucible (1996), and National Treasure (2003).

Constructed in 1829, to provide power to the Willowdale Mills, the historic Willowdale Dam now provides the scenic backdrop at the access point to the river for the canoeing enthusiast.

Flooding in May 2006 caused extensive damage to three bridges in town. The Choate Bridge (built in 1764), a stone arch bridge, was closed as a result of structural damage. County Street Bridge and Mill Bridge were also closed for repairs. The Mill Bridge remains closed 2 years after the storm as various historical, town and state agencies bicker over funding and the proper way to repair the bridge, inconveniencing residents and increasing traffic loads on other less suitable roads. Following the bridge closings, a fire occurred in an historical block of shops adjacent to the Choate Bridge.