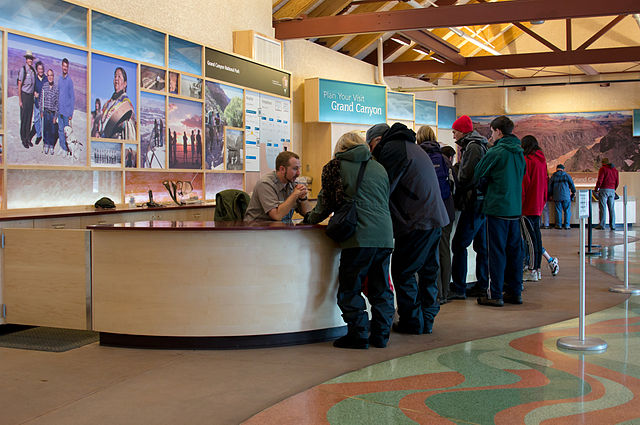 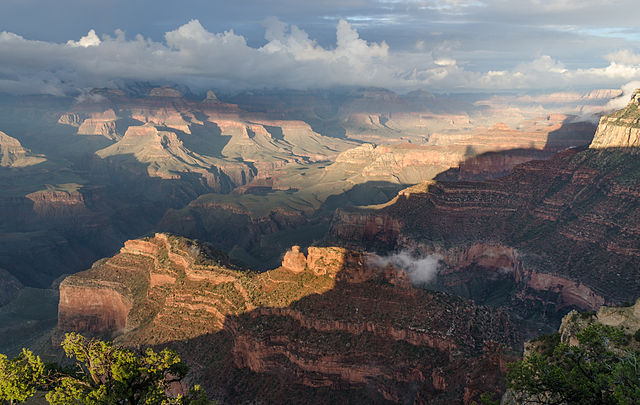 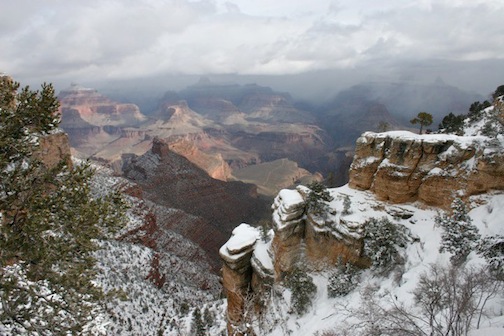 A jewel in America’s national park system, the Grand Canyon extends its incomparable majesty for more than 200 miles across the desert highlands of northern Arizona.

Flagstaff and Page, AZ, and Kanab, UT, are key gateway cities for people visiting this national park. The Grand Canyon’s North Rim is relatively close to Zion, Bryce and Lake Powell and fits nicely into a multi-park tour. Most commercial Grand Canyon tours originate in Las Vegas, which is the closest major city.

This majestic chasm of vermillion cliffs, purple abysses, golden temples and rushing waters ranks among the most astonishing landscapes on earth. The reaction of people when they look over the Canyon’s edge runs from fear to awe to reverie to delight. “I fainted when I saw that awful-looking canyon,” sniffed one 19th Century tourist. “I never wanted a drink so bad in my life. Goodbye.” A little less dumbstruck and a little more love-struck was the poet Carl Sandburg, who described the drama of a Grand Canyon sunset: “There goes God with an army of banners.”

Designated a national park on February 26, 1919, the Grand Canyon is one of the seven Natural Wonders of the World. It is not far from Zion and Bryce Canyon national parks, and is often included in multi-park “Grand Circle” tours.

The canyon’s north and south rims are both popular tourist destinations. Hiking, photography, and ranger programs are available at the both rims. Since only about 10% of the Grand Canyon’s annual 4 million visitors come to the North Rim, this side is far less congested than its southern counterpart. The Grand Canyon North Rim averages 1,000 to 1,500 feet higher that the South Rim, offering spectacular views from several easily accessible points, including Cape Royal (7,685 ft. elevation), Point Imperial (8,803 ft. elevation) and Bright Angel Point (8,255 ft. elevation). Bright Angel is also the location of the historic Grand Canyon Lodge and North Rim Visitor Center.

There are ranger interpretive programs held daily on a variety of topics, plus programs at 8 pm every evening during the summer season at the North Rim Center auditorium. See the Utah.com database for a list of Grand Canyon tours, Grand Canyon hotels, and information on Grand Canyon lodging.

Access to the North Rim is via a paved highway that is officially open from mid-May through mid-October. The road may or may not be open at other times. Access us usually possible during early winter, and you may be able to get in during dry periods in spring. However, no services are available during these off-season periods. Back-country permits are required to camp outside developed campgrounds during all periods of the year.

From the southern Utah town of Kanab, take US 89A south for 36 miles to Jacob Lake, AZ, then take AZ Highway 67 south 27 miles to the Park Entrance. From the entrance to the North Rim Lodge and Visitor Center it is an additional 17 miles. Note: Arizona State Highway 67 from Jacob Lake to the North Rim has been designated the “Kaibab Plateau-North Rim Parkway” by the National Scenic Byway Program.

Mr. McMillen, “Fabulous” sums up the service experience I had with Pamela Blake and Travel Wizard! When first scheduling our trip to Hawaii (the Big Island and Kauai), Lydia worked with me to keep our.... Read More