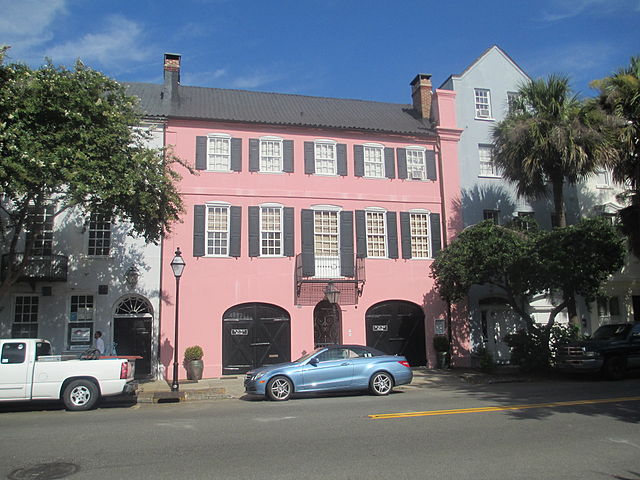 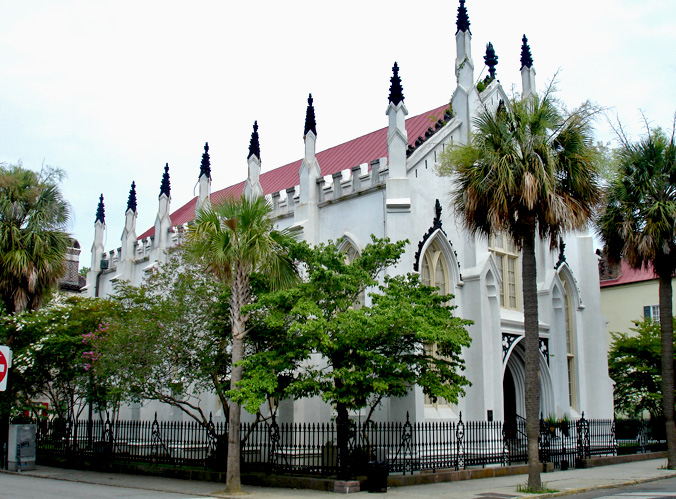 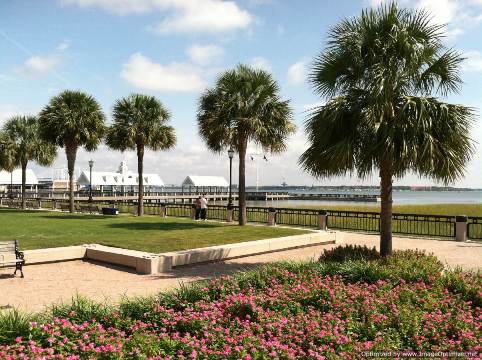 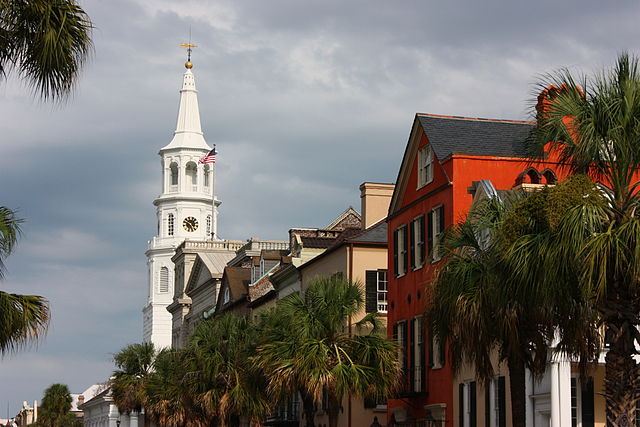 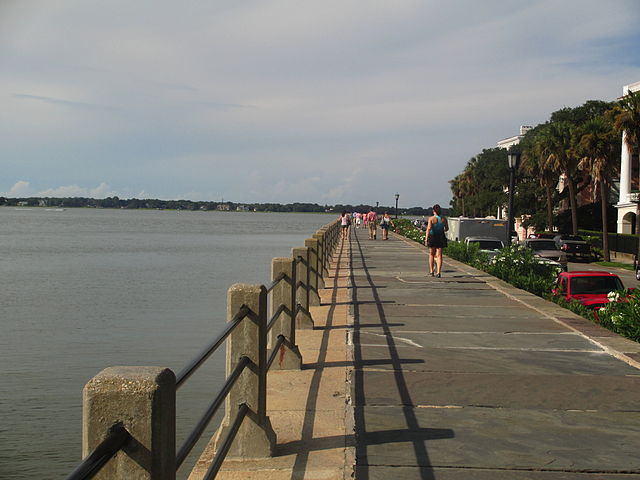 Charleston: American independence, wealth, tradition and access to the sea held the state’s cultural and political heart in Charleston. Here you’ll find the very best of the South. A genteel nature, so inviting. So gracious. And an indomitable strength that has proudly withstood great fires, earthquakes, pirates, a civil war and hurricanes with little more than a bat of an eye. Indeed, the Charleston area is a place that visitors rarely want to leave. In 1995, Glamour magazine rated the area one of the top 10 travel destinations in the U.S. With a metro population of over 500,000, this aristocratic colonial port boasts 73 pre-Revolutionary buildings, 136 from the late eighteenth century and more than 600 others built prior to the 1840s. Come wander along cobblestone streets, smell the sea breezes, explore antique shops and boutiques and treat yourself to delicious fresh seafood. Come experience the Charleston area – her streets, her homes, her people By horse-drawn carriage, air-conditioned bus, boat, bicycle or on foot, a tour of Charleston is a remarkable journey through time.

Every day the marshes are alive with the calls of birds and rustling flight. Fish leap in the dark clear streams that feed the wetlands; an alligator lifts its blunt nose through the surface of a still, brackish slough and aims for a place in the sun. By night, the moon will bathe a beach, a ruined church, a moss-bearded palm and live oak grove in silvery light.

Add to the natural romance of this place the range and quality of activities, from water sports, golf, tennis, cycling and beachcombing, through to the arts, sightseeing and plain relaxing, and the sum is one of the world’s most superb vacation or retirement areas. Hilton Head Island, with its four main resort communities of Palmetto Dunes, Port Royal Resort, Sea Pines and Shipyard Plantation, features 12 miles of broad beaches. The island offers more than 20 public or semi-private championship golf courses, several frequented by renowned master players. The MCI Classic is played here, and private lessons, golf schools and clinics are available at many clubs. Tennis is also a big attraction on Hilton Head with some 300 courts, more than any other resort of its size in America. Tournaments abound and the island hosts the Family Circle Magazine Cup annually. Mild temperatures, averaging in the 50s in winter and high 80s in summer, encourage outdoor pleasures most days of the year.

While beach and resort areas are more crowded in the summer, the spring and fall are long, idyllic seasons cherished by golfers and other active-sports enthusiasts. Winters are brief and blessed with frequent shorts-and-T- shirt days. Off-season rates at some resorts and hostelries help make these cooler months all the more attractive. Accommodations range from oceanfront camping through modestly-priced motels, cabins and guesthouses to luxury hotels, seaside villas and apartments. Bountiful fresh seafood and the best in traditional Southern cooking share the regional menu with a nearly endless variety of good food, from the grand resorts to country crossroads. If you haven’t yet tried she-crab soup, so-called because crab roe provides the unique flavor, get acquainted here.

Temperatures average in the 80s in summer, cooled to comfort by the sea breeze, and 50s in winter, under the sun. Natural beauty, a climate with distinct but mild and pleasant seasons, and a variety of activities, almost as limitless as the seashells, have made the Grand Strand the choice vacation and retirement spot for generations of Carolinians, along with a swelling tide of national and international tourists. Fisherfolk delight in the piers, deep-sea and inland waterway excursions, along with the estuaries where crabs and shellfish abound. The Gulf Stream, a massive, undersea river warm from the tropics, flows about 40 miles offshore, tempering the climate for humanity as it does for a vast and varied population of marine life. Shoppers flock to such popular treasure hunting sites as the Waccamaw Factory Shoppes and the Myrtle Beach Factory Stores in Myrtle Beach, Barefoot Landing in North Myrtle Beach, and Broadway at the Beach in Myrtle Beach, the area’s newest entertainment, dining and shopping mega-complex. Several charted shipwrecks (and how many as yet undiscovered?) await the adventurous diver. Sunrise on the ocean, sunset on marsh and river, the feeding birds, the fleets of fishing boats as they come and go are only a part of a photographer’s field day. The big thrill, voted near the top by all, is the food. Miles of restaurants offer heavenly smells and the best in seafood of the day, if not the very hour. The after-dinner fun begins when Myrtle Beach lights up its Pavilion, as the infinite sky lights the moon and stars.

The Blue Ridge mountains are forested and steep, in some places penetrable only along narrow passes cut by roaring, cliff-walled rivers. From the mountain heights, some of the rivers plunge hundreds of feet. Whitewater Falls is the best-known, tumbling out of North Carolina into the headwaters of Lake Jocassee, plummeting almost 900 feet in two cascades. Another favorite destination of hikers is the 400-foot Raven Cliff Falls, in northern Greenville County near Caesars Head. Come in the spring to drive S.C. 11 through the glowing pink orchards of Spartanburg and Cherokee counties. Come in the summer ? as thousands do ? to pick, eat and buy fresh peaches. Gaffney is not kidding with that peach-shaped water tower ? orchards are a way of life. Postcard-pretty mainstreet towns seem set aside in time. Yet quaint and remote as some of its countryside may seem, the Olde English District is scarcely, at its most rural, more than an hour from city lights, entertainment and amenities such as airports, amusements, theaters and concert halls. A country bed and breakfast inn may offer a lullabye of whippoorwills after a long day at a theme park or outlet mall.

For over a century Aiken has been a principal wintering place for the wealthy. Three Winter Colony Historic Districts, where a “cottage” may have 90 rooms, bear architecturally-fascinating witness to the area’s popularity. The unpaved roads and equestrian stoplights are reminders that much of the traffic here still trots with aplomb on four iron-shod feet. The trails in beautiful Hitchcock Woods, a 2,000-acre preserve in the heart of Aiken, are a haven for both nature lovers and horses. Cars are not permitted.

In a less genteel moment, Aiken was the site of an 1865 free-for-all when Sherman sent a detachment of Union soldiers to destroy the cotton mill at Graniteville. Confederates met the raiding party on Main Street; the fighting was straddling the railroad track when a locomotive pulling mill goods came into sight, whistle blasting. The embattled troops paid no attention and the engineer made a timely reverse, backward to Graniteville and safety

“Gay parties of ladies and gentlemen mounted on prancing steeds dashed over the country adjoining the delightful fields of our celebrated pine woods…all (other entertainments) paled to insignificance before the brilliant and successful introduction of James Gordon Bennett’s popular national game, polo….”

Coastal towns and cities often have hurricane resistant Live oaks overarching the streets in historic neighborhoods, such as these on East Bay Street, Georgetown.