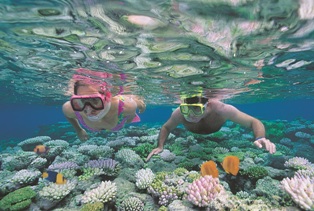 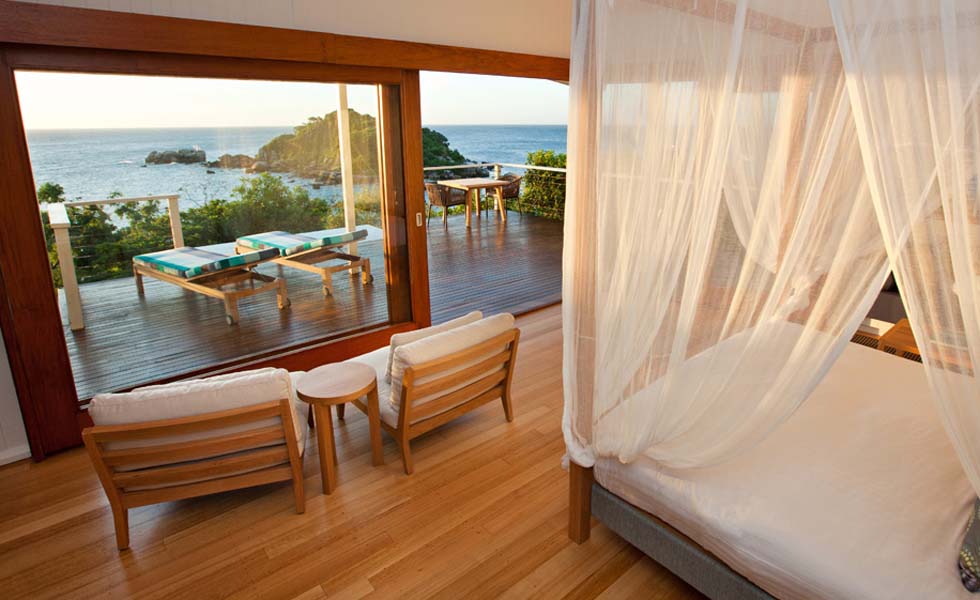 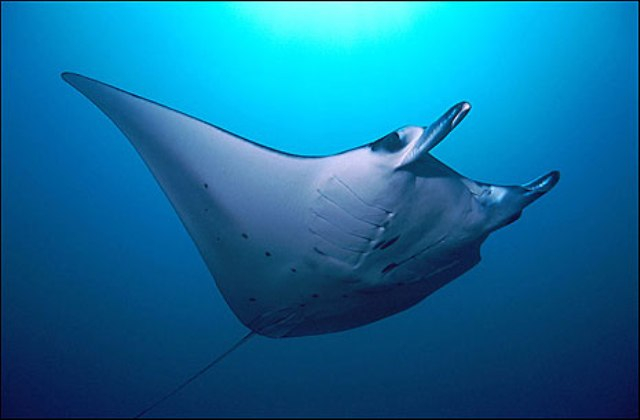 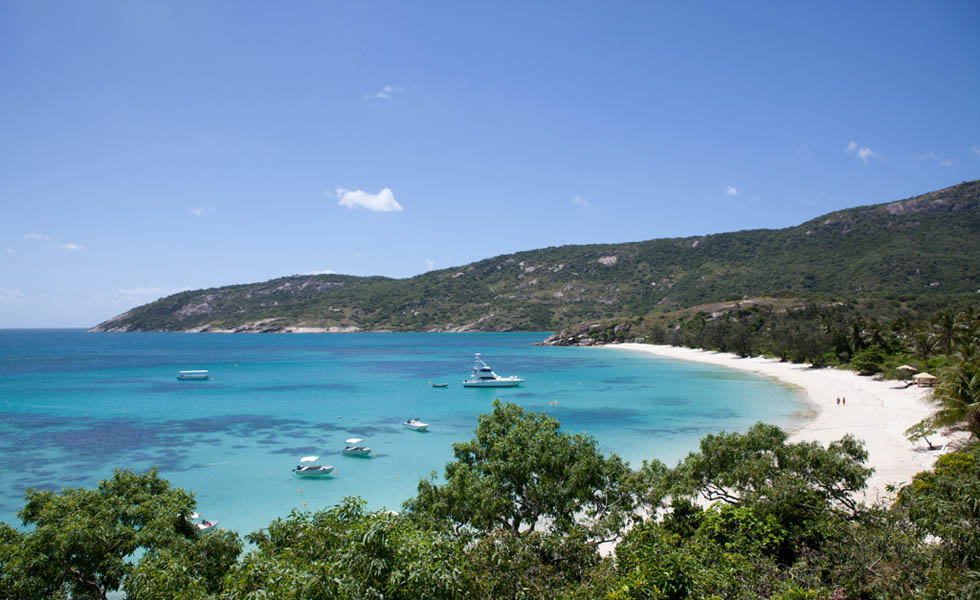 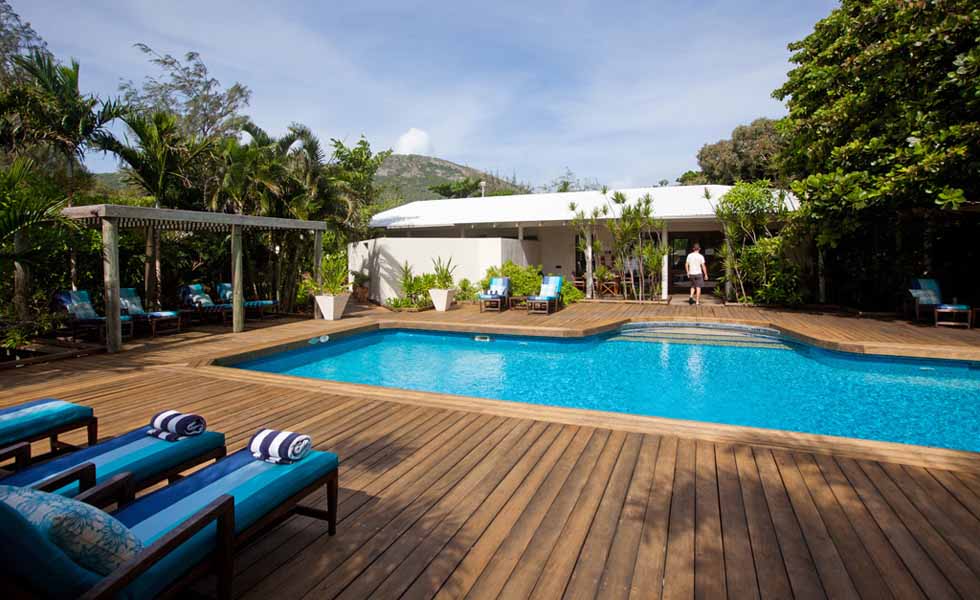 Lizard Island is the most northerly on the Great Barrier Reef Islands (besides Thursday Island at the very top). It is a National Park covering 1000 hectares with 24 sandy beaches and bays with excellent snorkeling, home of the giant clams and coral gardens. Lizard Island is Australia’s most northern island resort and one of the world’s most exclusive. The Island has excellent beaches, and clear water ideal for swimming and snorkeling.

Save time, eliminate stress and travel confidently with our Virtuoso Travel Advisors. We do it all: air, car, hotels, transfers, tours that include free upgrades, superior airfare rates, privileged access, special amenities and luxury touches that will maximize your enjoyment. You can reach us from the comfort of your home and get priceless Lizard Island vacation information. It helps us help you, if you begin with our vacation planner then we can determine which of our travel advisors suits you best.

Most of Lizard Island, which covers about 1012 hectares, is national park. There is also a small national park camping ground with minimal facilities. You need a permit from national parks in Cairns to stay here and you must take all provisions. There are plenty of bushwalks and wildlife. A popular track leads to Cook’s Look, the peak on which Captain Cook stood to find passage through the Great Barrier Reef.

There are lush rainforests and wildflowers and of course powder white beaches and the vivid coral gardens of the sea. Snorkelling and scuba diving around the Island is fantastic. The Cod Hole on the outer reef is considered one of the world’s most spectacular diving sites. Game fishermen come to Lizard from all over the world, especially from August to November, in search of the biggest game fish of all – the Black Marlin.

The resort on the Island is called Lizard Island Lodge, and is one of the more exclusive resorts in Australia. Its reputation draws both international and domestic travelers including executives, royalty, and just plain people whose priority is to stay at this unique place. The first of two main draws is the reef located around the island and also just off the beach with some of the easiest and best snorkeling in Australia. You can float a few feet above giant 70 year old clams (up to 5 feet long with purple and green lining, gently closing at the touch of a hand or the waving of water), colorful coral and many, many varieties of colorful fish.

Although the Island Resort is exclusive, the Captain Cook cruise ship also anchors on the nearby beach once a week, as well as visiting yachties. Diving is also extremely popular here. The second main draw is the Marlin Fishing, and clients book a year ahead during this period. The season actually goes from late September until early November, but October itself is the busiest month of the year with as many as 50 marlin boats in the harbor. Down the beach from the Resort is a special fishing Lodge, used to catering for meals for the crews and for award dinners during this time. These events are well-established and draw heavy international travel, both for the fishing yachts themselves as well as for the normal clients who come at that time of year. There are no day trippers allowed on the Island, but a limited amount of campers are allowed to camp on the Island, but not in the Resort. Children under 6 years are not catered to on the Island, unless special application is made.

The best time to go weather wise is April – November, as the Australian summer (December – March) is very hot and humid, and is subject to cyclone weather. The box jellyfish, so prominent on land, do not effect the beautiful clear waters, and swimming is beautiful all year round. The average temperature is Min – 23C – Max 32 C (approximately 74F – 92F ) Since the rooms are all fully air-conditioned, relief from the heat can easily be sought. Lizard Island is located 240 kilometres north of Cairns, 27 kilometres off the coast of North Queensland. There is one hour long flight scheduled air daily from Cairns on Qantas. There are growing alternatives in the private air companies, however, and flying with four passengers on one’s own schedule can be close to the same price as flying on the scheduled air. (Much less luggage restrictions and scenic flights also available) Please ask Travelwizard,com about these options as we are experienced in using them. The flight takes approximately an hour and passes directly over the gorgeous reef below (weather permitting).

Lizard Island Vacation Accommodations: Lizard Island Lodge has 40 private rooms, all with king or twin beds, air-conditioning, ceiling fans, private bathroom with twin vanity basins and shower, private balcony, telephone, fridge, mini-bar, hairdryers, and ironing facilities. A couch in the room makes up to two more twins. There are never more than four people allowed in any one unit. There are no bathtubs at Lizard Island Lodge. What will you do on a Lizard Island vacation? There’s lush rainforests and wildflowers and of course, powder white beaches and vivid coral gardens of the sea. Snorkeling and scuba diving around the island is fantastic. It’s the perfect spot to learn scuba diving, too. The Cod Hole on the outer reef is considered one of the world’s most spectacular diving sites. Crystal clean waters, sparkling white sand – you won’t want to go home.

Famous Black Marlin: Game fishermen come to Lizard from all over the world, especially from August to November, in search of the biggest game fish of all – the Black Marlin. Black Marlin over 1000 pounds are caught off Lizard Island, in fact your chances of catching a legendary “GRANDER” are better than anywhere else on earth!!!. Whether you are a seasoned big game fisherman or it’s your first time in the chair your Captain and crew will make your day an experience you will never forget.

My wife and I completed, in August, a trip to Australia which included a total of 7 flights, numerous hotel to airport and airport to hotel transfers, a 10 night, eleven day cruise, several tours.... Read More