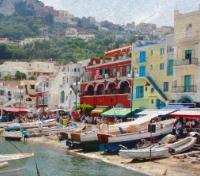 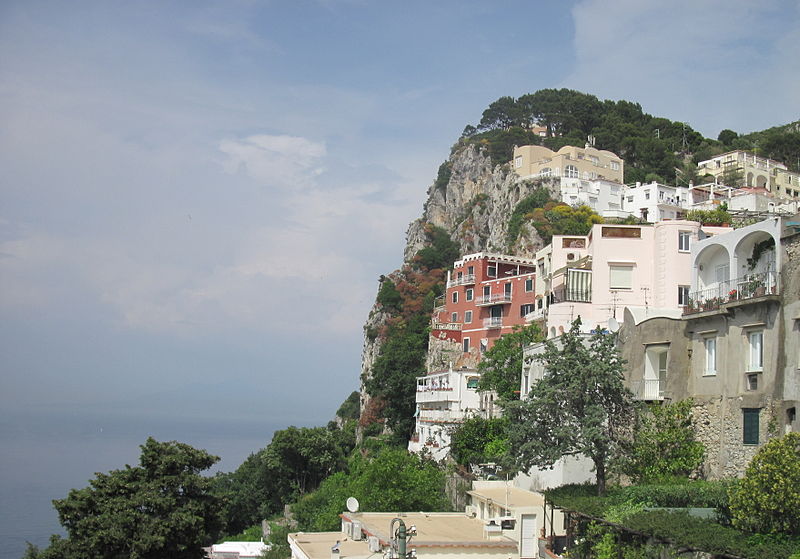 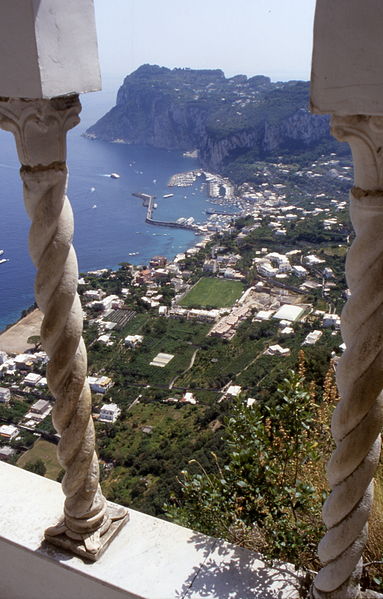 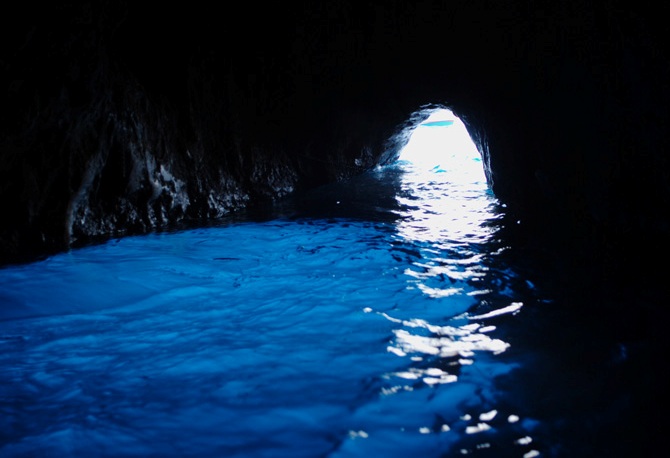 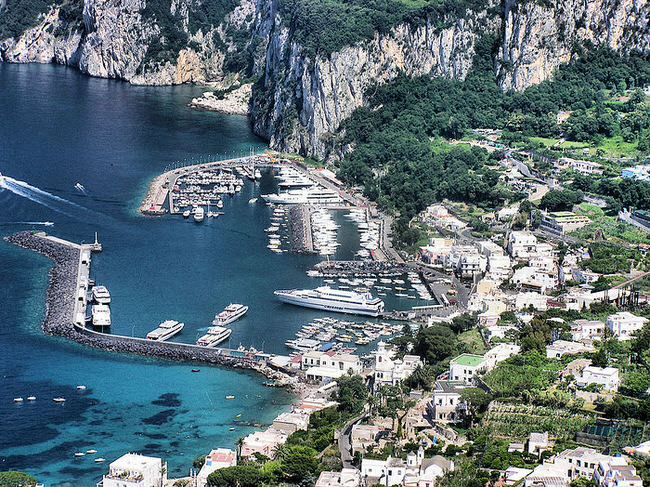 Italy’s most romantic getaway, the island of Capri is one of the most scenic islands in the world. Beautiful white-washed luxury villas drapped in bougainvillea, rugged cliffs extending down to the sea, and ancient alleyways through medieval villages, Capri’s blissful attributes are enchanting, even in the summer when its crowded. The Isle of Capri is only accessible by boat. The little island has lots of yacht charters and attracts glitzy jet-setters and who flock to the Piazzetta, just as Jackie Onassis and Audrey Hepburn did when they helped popularize the island in the 1950 and ’60s.

The island of Capri is also home to mysterious natural wonders, like the renowned Blue Grotto, an incredible underground sea cave that continues to amaze visitors with its brilliant, almost iridescent waters, and the massive rock formations of Faraglioni.
Great history and nature, worldliness and culture are the components having done Capri one of the most desirable destination for tourists of all times. From Roman emperors villas to soul-travelers and intellectuals of ‘800 and beginning of ‘900, up to worldly holidays of international jet-set during the Fifties (which made it famous all over the world) Capri followed a really unique route, full of meanings, into continuity of its natural beauty and charm.

Tragara is the most famous and best liked walk in Capri: along it there are many elegant villas and it ends with a panoramic terrace facing the Faraglioni. From Tragara Belvedere you can enjoy also a wide view over island’s southern side, Marina Piccola, over hanged by the steep face of Mount Solaro, with the big hole of Fern’s Grotto in the middle.

Faraglioni are certainly the best renowned Capri’s feature in the world. They are three (to tell the truth there’s another one apart, as we’ll see later): the first one, joined to the coast, is called ‘Stella’ (Star) or also ‘F. di terra’ (F. on earth) and it is 109 meters high. The second, that’s the smallest, is called simply ‘F. di mezzo’ (Middle F.) and it’s 81 meters high. The last one on the outside is named ‘Scopolo’ but is also called ‘F. di fuori’ (Outward F.) and it is 104 meters. They are famous even for hosting a rare variety of lizard, the so-called ‘Blue lizard’ (lacerta coerulea muralis or faraglionensis) that had generated a peculiar bluish color all over its body. Once they thought it lived exclusively on Capri’s Faraglioni, but it seems to be present also on other similar rocks along Sicily coast.

At Cape Massullo, in the wildest area of the island, we find Casa Malaparte: it was residence of Tuscan writer Curzio Malaparte, who called it “Casa come me”

Home like me) to stress on its exclusiveness and on its difference from traditional styles. Malaparte’s house is really an unique architectural event in Capri context. It doesn’t follow any of the island building manners, it doesn’t do anything to camouflage into surroundings and nevertheless we can’t imagine any other place where it could have been built. So much it had entered into collective way of viewing that it is considered integral part of the landscape: in fact this area is called simply “at Malaparte’s” by people from here.

On north-western promontory of the island, overhanging two capes of Vetereto and Arcera, we find another Roman imperial villa called ‘Damecuta’, name of unknown provenance that also indicates the whole headland’s area. For its outstanding, solitary and defensive position and also for some architectural solutions (such as promenade, hemicycle) it recalls Villa Jovis and is probably another Villa by Tiberius. From Damecuta you can enjoy a long range of vision towards the gulf, especially to Cape Miseno and Phlegraean islands.

Mom and I had a wonderful time in Ireland!! Thanks for checking in. My head has been spinning since I got back trying to settle into my new home (I feel like the unpacking will.... Read More