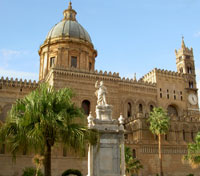 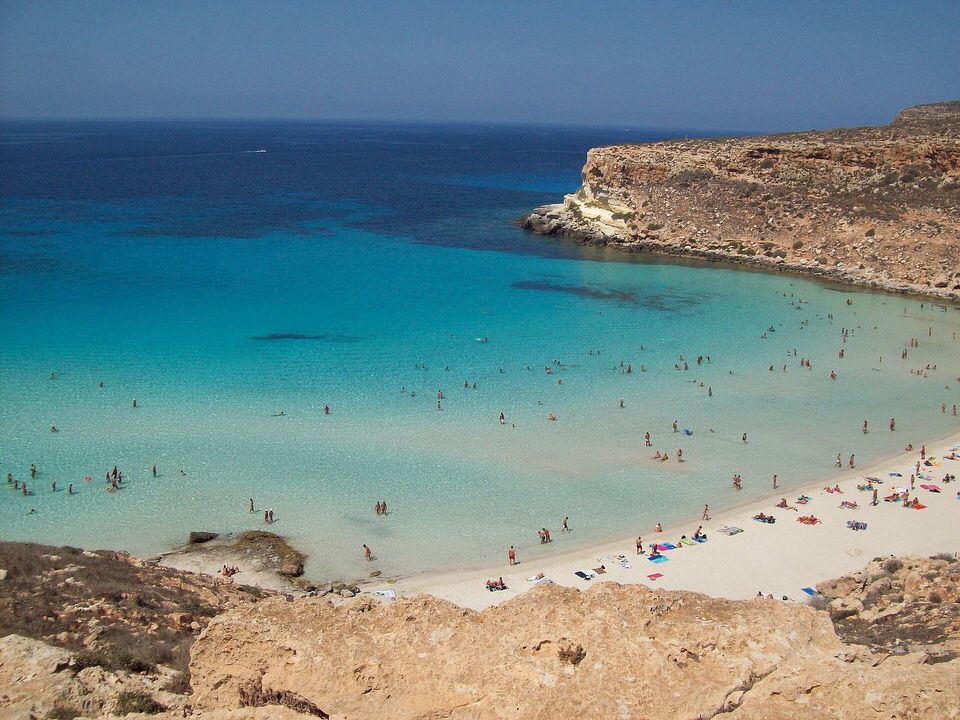 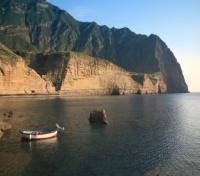 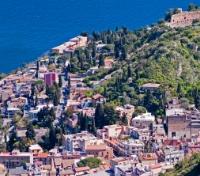 Sicily is the biggest island in the Mediterranean, separated from the Italian peninsula by the strait of Messina. Sicily has important mountain groups: Peloritani, Nebrodi, Madonie, Iblei. The plains are scanty, with the exception of the area around Catania.

The coast of Sicily offers a fascinating landscape of beauty; groups of interesting smaller islands are scattered round the coast of Sicily (the isle of Pantelleria, the Lipari, Eolie or Ustica, the Egadi and the Pelagie).

Dreaming of Sicily? We’ve been customizing Italy vacations for discriminating travelers for more than 20 years. It helps us help you, if you begin with our vacation planner we will make sure you will enjoy Sicily; get you the best airfare, plus privileged access with luxury amenities and special touches. We’ll save you time and prevent costly mistakes.

Rising in the center of a volcanic area of Sicily, is The Etna, the highest active volcano in Europe. The isles of Stromboli and Vulcano are also active volcanoes. Palermo was called “the most beautiful city in Sicily” by Ien Giubair (Muslim writer in 1185). Among the many things he wrote about the city, the descriptions of the luxurious markets, the squares, the splendid gardens with their fountains and flourishing plants are probably the most appreciated. The place where the city is situated is enclosed by high mountains and the “Conca d’Oro”. Founded by the Phoenicians  in the 8th-7th century with the name of Ziz (flower), it belonged to Carthage before coming under the domination of Rome in 254 BC., later becoming one of the most important centers on the island. After the fall of the Empire, it was ruled by the Goths before becoming a Byzantine possession in 552. Palermo was conquered by the Arabs in 831 became capital of the independent emirate of Sicily and entered a period of considerable prosperity.

The real treasures of Sicily are the small islands scattered along the coast of Sicily. Those of you that enjoy fishing or under- water photography can provide unforgettable experiences. The Aeolian Archipelago is the largest, consisting of seven islands all of Volcanic origin. The largest island in the group is Lipari, and acts as town hall for all the other islands, (Alicudi, Filicudi, Panarea, Stromboli and Vulcan) except Salina which is a town by itself. Archaeological sites, prehistoric remains, Spanish fortifications and above all natural landscapes characterize the islands. The local products are well worth trying, especially the ‘Malvasia’ liqueur. The island of Ustica lies 36km off the coast of Palermo and was a Phoenician outpost fortified by the Bourbons, it was a Saracen base in the Tyrenian for many years. Today passing from “Punta Spalmatore” to “Falconiera” we see displayed the beauty of the coastline and its bays; a holiday dream for anyone. The Egadi islands are visible from Trapani and, consist of 3 islands: Favignana, Levanzo and Marettimo and two uninhabited islets “Formica” and “Maraone”. They gave refuge to ‘Genovese’ ships during their war against Pisa, but for over the 13th century were used as base for pirate ships. A “Must” for these who enjoy underwater photography. Still in the province of Trapani we find one of the most charming islands of Sicily. – Pantelleria. The history of the island is wrapped up in the battle between the Phoenicians and Carthaginians who fought for its possession. Being along the trade routes to Africa, it was plundered many times by Pirates. A similar fate fell upon the islands which that make up the Pelagie Archipelago, that is : Lampedusa, Linosa and Lampione. Lampedusa the biggest of the three, has a peculiar geological formation along its south coast which protects it from the sea. Like nearby Linosa it boasts a charming natural beauty and waters abounding in fish. For whoever wants to Know Sicily well, they must take a trip around the islands, perhaps the only real way to have a glimpse of what ‘Trinacria’ (Sicily) once was.