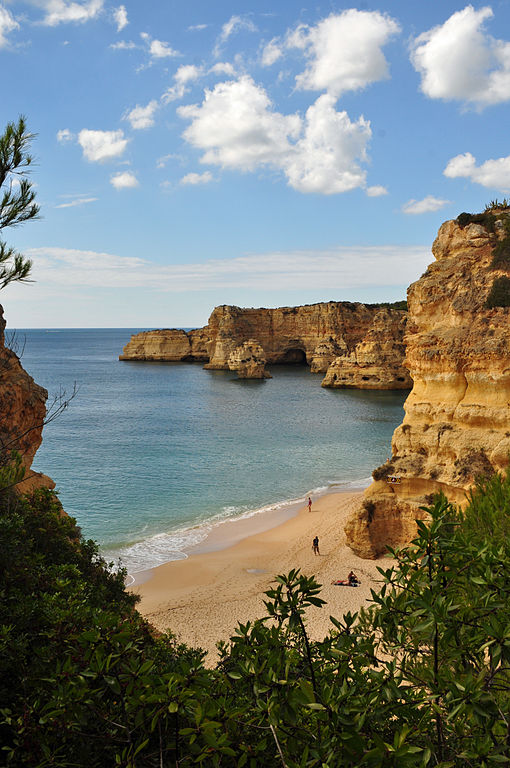 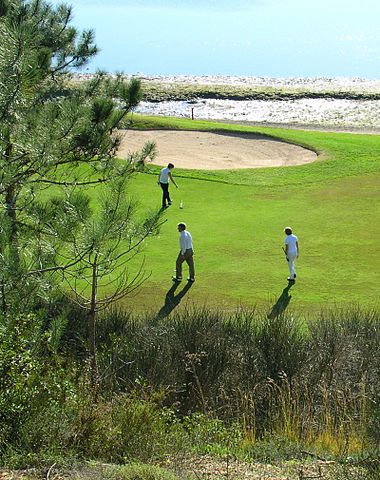 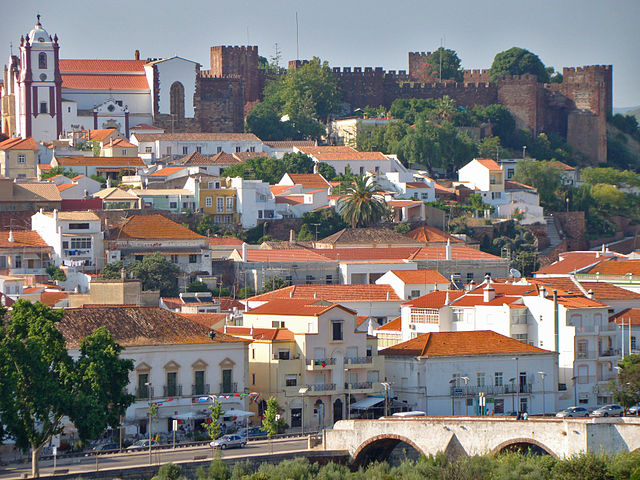 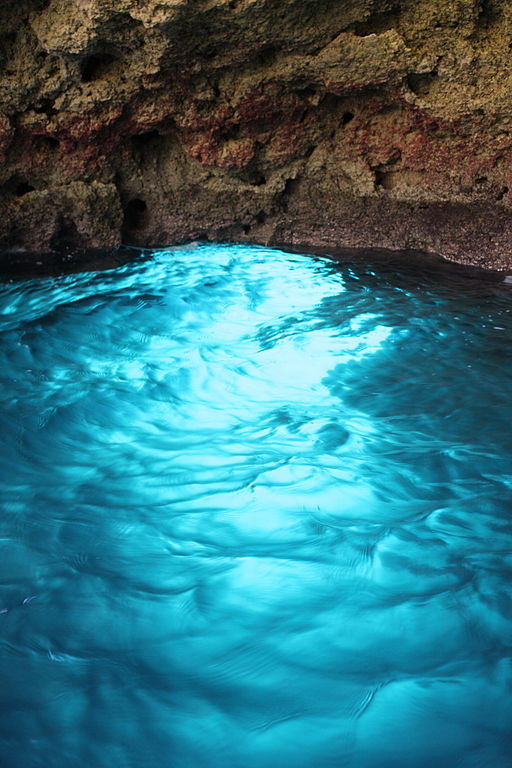 The Algarve offers you all that you have ever dreamed about in a holiday resort: beautiful beaches, a warm sea and sunshine all year round.

All along its vast coastal strip are to be found fabulous beaches of golden sand sheltered by red cliffs and sandstone rocks, and sculpted into remarkable shapes by erosion. Here the clear warm Atlantic water invites you to take a dip, whilst for the more adventuresome there is a wide variety of water sports available.

You can choose a hotel close to the beach, so that you will always be beside the sea. But if you prefer a more intimate kind of accommodation, there are many tourist villages whose traditionally designed white houses are reminiscent of the Moorish presence.

If you are a keen golfer, don`t make the mistake of leaving your clubs at home. The Algarve has a whole host of courses overlooking the sea, where you can play golf all year round.

Nor should you fail to visit the picturesque cities and towns of the coastal region, perhaps stopping for lunch in a small restaurant where you will always be sure to find fresh fish. If you are travelling by yacht, you can call in at one of the region`s several marinas.

Further inland and to the north, the Algarve`s hills mark the edge of a greener and more fertile region, to which yet further color is added by fig-trees, orange-groves and almond-trees that come into blossom in the winter. Here you will also find a series of typical villages that have successfully preserved their ancestral traditions.

If you enjoy contemplating never-ending horizons, you should go to Cabo de Sao Vicente, at the very tip of south-western Europe. From here you can see the promontory of Sagres, which gave its name to the School of Navigation founded by Prince Henry the Navigator. It was considered an essential port of call for ships sailing westwards from the Mediterranean, and it was from this very spot that Prince Henry planned and directed the great Portuguese maritime discoveries.

Monchique: Amongst the beautiful houses on the slope stand the mother-church (Manueline), the Misericerdia Church (with a Baroque retable) and the Senhor do Pa da Cruz Chapel (17th century). Nearby, look for the famous thermal spa of Monchique and Faia for (902 m high), overlooking the hills and the ocean.

Olhao: The square-shaped flat-roofed houses, with their Moorish-style terraces, are this fishing town?s ex-libris. Behind the mother-church (17th century) you will find the Nossa Senhora dos Aflitos Chapel.

Portimeo: In this fishermen?s town, visit the mother-church (14th century, rebuilt in the 18th century), the Colagio Church (17th century), and the Town Hall. In the suburbs, the renowned Praia da Rocha (with its Santa Catarina de Ribamar Fortress), and the Roman ruins of Abicada.

Sagres: It was here that five centuries ago Prince Henry set up a school of navigation, which played a crucial role in the Portuguese Discoveries. Apart from the Nossa Senhora da Graea Chapel, you can visit the magnificent fortress (originally built in the 14th century, and later altered) and the 15th century rosa-dos-ventos (a 43 m-diameter compass card). Nearby, on the extreme southwestern tip of the European continent, is Cabo de Sao Vicente (Romans? Promontorium Sacrum), opening on to a vast horizon of sea and sky.

Silves:Â Stones of different times and cultures overlap in this town: the castle and walls are of Arab origin; the Gothic Cathedral (having undergone several restoration works) was built on the site of an ancient mosque; the 12th century bridge was built where formerly stood a Roman bridge. The Cross of Portugal also deserves special mention (16th century religious sculpture), as well as the following examples of Manueline motifs: the Nossa Senhora dos Martires Chapel and the Misericerdia Church. The Archeology Museum is built around an almost unique Arab water cistern, dating from the Almohad period.

Tavira: With its inviting long beaches, typical roofs and chimneys, this picturesque town offers a beautiful view over the Gilao river and its Roman bridge. Churches to visit: Santa Maria do Castelo (13th-18th centuries), Misericerdia (Renaissance), Nossa Senhora das Ondas (17th century), Sao Jose (with Gothic and Manueline elements), Sao Paulo and Carmo (17th-18th-centuries). If you are browsing along the Travessa de Dona Brites, you will see beautiful medieval houses, with Gothic windows and portals. In the suburbs, in the village of Luz there is a Renaissance church, which has been a pilgrimage place for many centuries.

Dear Sharon, We had a wonderful trip to Italy. All of the guides spoke good English and were well informed. The drivers all had very nice cars and were always on time. The rooms were.... Read More