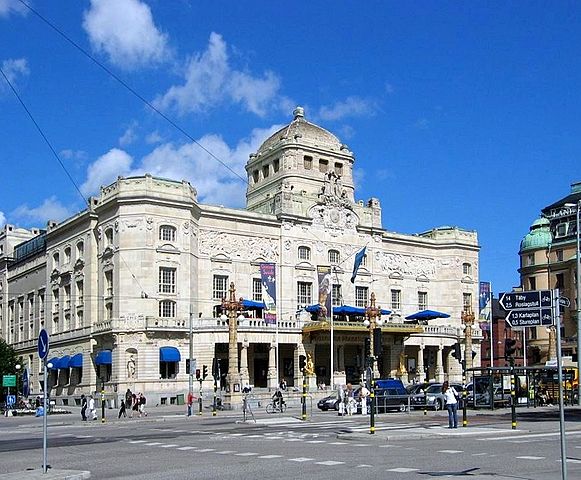 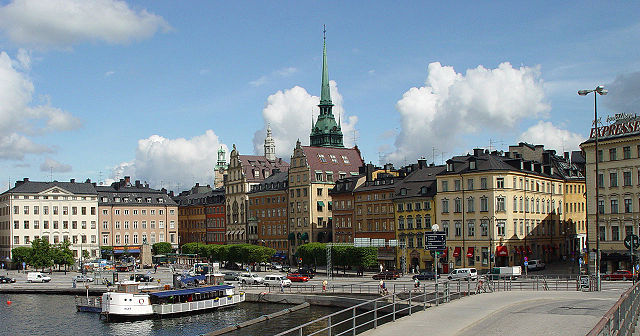 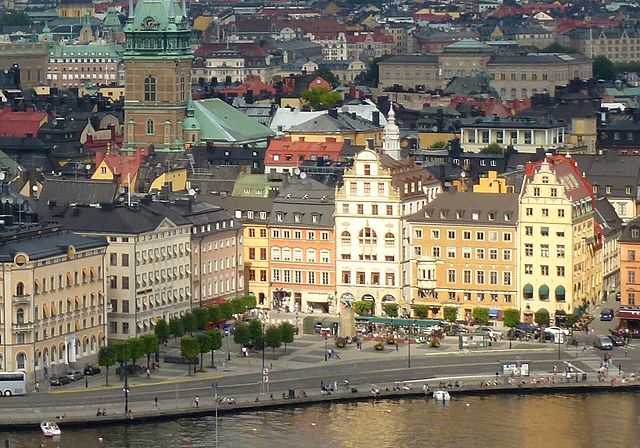 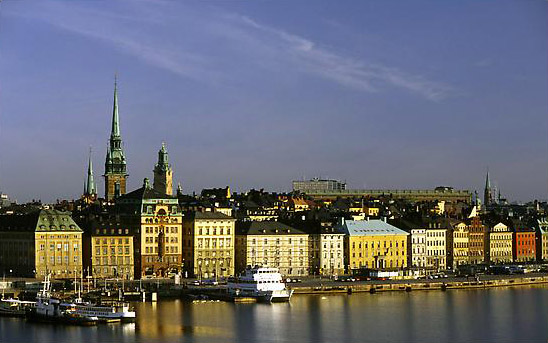 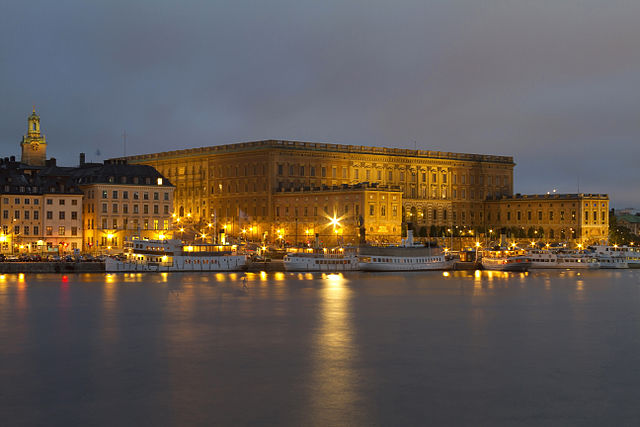 “Stockholm is made of stone and water” – so concise and terse was a description of the capital of Sweden in a 19th-century travel guide. The bedrock foundation of the city’s 14 islands is hardly noticeable due to the developed areas; but it seems more as if the districts were literally floating on water. When describing Stockholm, a shallow comparison is often made to the Italian lagoon city of Venice, but this is inaccurate because the specifically Nordic element is not taken into account. The extreme contrast between light summers and dark winters creates a special atmosphere which seemingly gives the city two completely different faces: the one a bright and cheerful metropolis, the other cold and gloomy urban sprawl.

More than anything else, it is Stockholm’s unique, breathtaking location that has made the city known far and wide as one of the worlds most beautiful. Built on 14 islands around one of Europe’s largest and best-preserved mediaeval city centers, the Swedish capital is superbly positioned, with stunning and extremely varied scenery in every direction. To the west, Lake MÃ¤laren branches out among lush, idyllic landscapes. To the east the magnificent Stockholm archipelago stretches seaward, an enchanting maritime world of more than 24,000 islands, islets and skerries.

How about some inspiration? We’ve been customizing Stockholm vacations for discriminating travelers for more than 20 years. It helps us help you, if you begin with our vacation planner we ensure you’ll be thrilled, get the best airfare, enjoy privileged access with luxury amenities and special touches. We’ll save you time and prevent costly mistakes.

The city itself charms the visitor, with its very own fusion of old and new, traditional and contemporary, urban and pastoral, sophisticated and earthy – all within convenient walking distance of the centre.
It is precisely this characteristic blend that many foreign guests refer to as the city’s magical quality. None of this is news. What is news is that over the last decade Stockholm has developed into one of the world’s most dynamic, creative and attractive scenes within a number of areas: design, music, fashion, shopping and food, to mention just a few.
The new, “hot” Stockholm is a phenomenon that has made waves all over the world. People often say that in ten years Stockholm has transformed from a large small town into a small big city. It’s in that rare position of having all the international metropolis’ advantages with very few of its common drawbacks, as well as easy air access from most large European cities.

This is the Stockholm that waits to welcome you!
There are no written records of the early history of “Stockholm. The story goes that Stockholm was founded by the dwellers of the pillaged settlement of Sigtuna in the 12th century, who had escaped from their devastated city on logs only to be stranded on an island. Although this story offers a graphic explanation for the city’s name – since stock and holm mean log and isle respectively it lacks documentation.

Up until recorded history, the archipelago and the islands of the city had gradually risen so much that the sea level of Lake Malaren stood considerably higher than that of the Baltic Sea. This meant the lake’s water was forced to overcome the developing narrows between the increasingly higher emerging islands, resulting in rapids. The medieval trading centers on Lake Malaren, such as Strangnas and Sigtuna, had no choice but to load and unload goods at dangerous places to continue trade with the Baltic Sea. It was such a settlement that Birger Jarl described in a letter in 1252; it is considered to be the first written mention of Stockholm. The founding year of the city is regarded as 1252, and Birger Jarl can take credit for founding the city.

The earliest settlement was located on the island of Helgeandsholmen, the present site of the House of Parliament, and was probably protected by a small fortress and watchtower. The trading community grew-rapidly reaching its natural boundaries and then spreading over to the neighboring island of Stadsholmen. A larger fortress was built here at the end of the 13th century and named after the union of the three Swedish kingdoms: Svealand, Norrland and Gotaland, or Tre Kronor (The Three Crowns). The name indicates that these grounds were a king’s residence, although Stockholm was not granted a charter as a capital city until the year 1436.

The continuing historic development of the Swedish capital coincides with the rest of the country. As long as the Hanseatic League stifled the country economically, Stockholm also suffered from decisions made by the German merchants, who, in the meantime, had provided half the members of parliament. Whenever Denmark and Sweden wrangled for supremacy in the Kalmar Union, Stockholm was either besieged, as it was in 1471, or it resulted in mass executions, such as the infamous “Stockholm Bloodbath” of 1520.

Not until Gustavus Vasa’s triumphant march into the capital in 1523 can anything be said about continual development, which, in this period of great power and influence, made Stockholm the undisputed capital of the kingdom and allowed its population to increase to 60,000. Two devastating fires, in 1625 and 1697, destroyed the city and fortress. For the reconstruction of Stockholm an ordinance was enacted allowing only the construction of stone houses.

The industrial revolution in Sweden began during the Bernadotte Dynasty. Factories and residential areas were built on Sodermalm, Kungsholm and Norrmalm after some of the waterways between the islands were filled in to gain additional land for development. A sewage system and water pipes for fresh water were finally installed in the middle of the 19th century, which enabled the city to get the regularly occurring epidemics under control. The railway to Malmo was built, and Stockholm received its first streetcar and street lights.

Fortunately, one of the building projects of the 19th century turned out to be too expensive: a plan to tear down the buildings in the Old Town and replace them with modern constructions. It was then left up to the 20th century to renovate them and to restore them to their former glory. Today, Gamla Stan is a popular and an expensive residential district best explored on foot. Otherwise, the Tunnelbana (subway) is the best mode of transportation, which, due to each station’s artistic design, is referred to as the longest art gallery in the world. The Stockholmkortet is a good-value ticket valid for the subway, buses and entrance to many of the city’s museums.

Linda, I don’t know where to begin. The trip was absolutely perfect from the moment I left my house until I returned. Celebrity is a great cruise line and I would definitely join them on.... Read More